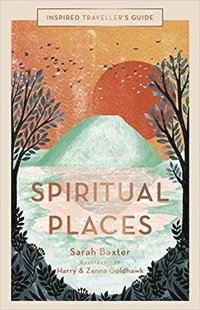 av Sarah Baxter
Inbunden Engelska, 2018-02-21
179
Köp
Spara som favorit
Skickas inom 5-8 vardagar.
Fri frakt inom Sverige för privatpersoner.
From the manmade splendour of the Easter Island Statues in the Pacific Ocean, to the medieval pilgrimage of Camino de Santiago that stretches to Spain, discover places that will be a balm to the mind and a tonic to the soul. Travel journalist Sarah Baxter has carefully curated a selection of the 25 most spiritual destinations from around the world - places that hold the promise of rare and profound experiences, whether areas of natural beauty imbued with spiritual significance or sites constructed for worship. From breathtaking scenery to religious capitals, sacred valleys to places of natural beauty, here the full spiritual story and unique tranquillity of each place is revealed with beautiful hand-drawn illustrations and evocative tales of previous visitors that will both delight and inspire. Perfect for those who want to get away from it all, this book takes you closer to these sacred locations than ever before.
Visa hela texten

Sarah Baxter grew up in Norfolk, England and now lives in Bath. Her passion for travel and the great outdoors saw her traverse Asia, Australia, New Zealand and the United States before settling into a writing career. She was Associate Editor of Wanderlust magazine, the bible for independent-minded travellers, for more than ten years and has also written extensively on travel for a diverse range of other publications, including the Guardian, the Telegraph and the Independent newspapers. Sarah has also contributed to more than a dozen Lonely Planet guidebooks.