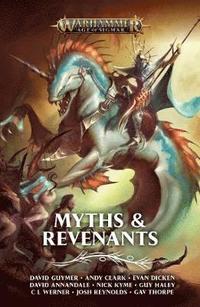 David Guymer wrote the Horus Heresy novella Dreadwing, the Primarchs novel Ferrus Manus: Gorgon of Medusa, and for Warhammer 40,000 The Eye of Medusa, The Voice of Mars and the two The Beast Arises novels Echoes of the Long War and The Last Son of Dorn. For Warhammer Age of Sigmar he wrote the novel Hamilcar: Champion of the Gods, the audio dramas The Beasts of Cartha, Fist of Mork, Fist of Gork, Great Red and Only the Faithful. He is also the author of the Gotrek & Felix novels Slayer, Kinslayer and City of the Damned and the Gotrek audio drama Realmslayer. He is a freelance writer and occasional scientist based in the East Riding, and was a finalist in the 2014 David Gemmell Awards for his novel Headtaker.