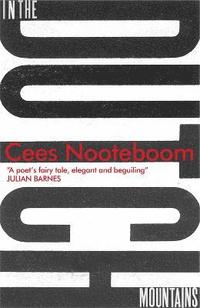 In the Dutch Mountains

av Cees Nooteboom
Häftad Engelska, 2013-07-04
110
Köp
Spara som favorit
Finns även som
Visa alla 1 format & utgåvor
A morose provincial inspector of roads in Aragon settles down to write the fable of the Snow Queen. The Netherlands has now been stretched into a vast country with Northern flatlands and hazardous Alpine ranges in the south. Kai and Lucia are circus illusionists, and when Kai is kidnapped, Lucia must rescue him from the Snow Queen's palace. In the Dutch Mountains is an elegantly constructed story within a story, laced with the wit that characterises the work of this outstanding European writer.
Visa hela texten

'He is one of the greatest modern novelists' A. S. Byatt. * A S Byatt * 'A genuinely pan-European novel in both its subject and style. It has the brilliance and disconcerting logic of a dream' Jonathan Raban. * Jonathan Raban * 'A poet's fairy tale, elegant and beguiling' Julian Barnes. * Julian Barnes * 'The brilliant and original fruit of a deep (and well-read) imagination' Bernard Levin, The Times. * The Times *

Cees Nooteboom was born in The Hague in 1933, and now lives in Amsterdam and on the island of Menorca. He is a poet and novelist who has been the recipient of numerous prestigious awards such as the Pegasus Prize and the Aristeion Prize for his novels, which include Rituals (1983), The Following Story (1994), and All Souls' Day (2001). His books of travel writing, Roads to Santiago (1997) and Roads to Berlin (2012) have become backlist classics.