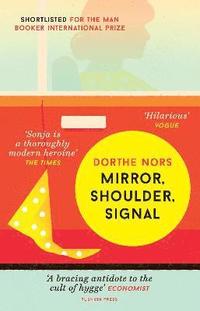 av Dorthe Nors
Häftad Engelska, 2018-05-31
119
Köp
Spara som favorit
Skickas inom 5-8 vardagar.
Gratis frakt inom Sverige över 159 kr för privatpersoner.
Finns även som
Visa alla 2 format & utgåvor
Sonja's over forty, and she's trying to move in the right direction. She's learning to drive. She's joined a meditation group. And she's attempting to reconnect with her sister. But Sonja would rather eat cake than meditate. Her driving instructor won't let her change gear. And her sister won't return her calls. Sonja's mind keeps wandering back to the dramatic landscapes of her childhood - the singing whooper swans, the endless sky, and getting lost barefoot in the rye fields - but how can she return to a place that she no longer recognises? And how can she escape the alienating streets of Copenhagen? Mirror, Shoulder, Signal is a poignant, sharp-witted tale of one woman's journey in search of herself when there's no one to ask for directions.
Visa hela texten

Dorthe Nors was born in 1970 and studied literature at the University of Aarhus. She is one of the most original voices in contemporary Danish literature. Her short stories have appeared in numerous international periodicals including including The Boston Review and Harpers, and she is the first Danish writer ever to have a story published in the New Yorker. Nors has published four novels so far, in addition to a collection of stories Karate Chop, and a novella Minna needs rehearsal space, also published by Pushkin Press. Karate Chop won the prestigious P. O. Enquist Literary Prize in 2014. She lives in rural Jutland, Denmark.