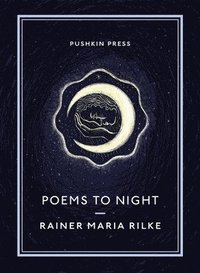 av Rainer Maria Rilke
Häftad Engelska, 2020-12-03
157
Köp
Spara som favorit
Skickas inom 5-8 vardagar.
Gratis frakt inom Sverige över 159 kr för privatpersoner.
Finns även som
Visa alla 1 format & utgåvor
In 1916, Rainer Maria Rilke presented his friend Rudolf Kassner with a notebook, containing twenty-two poems meticulously inscribed in his own hand and bearing the title Poems to Night. This evocative sequence of poems, which echoes some of the great themes of German romanticism, is now thought to represent one of the key stages in the creative breakthrough and spiritual evolution of the preeminent European poet of the twentieth century. This collection brings all the poems together in English for the first time and is enhanced by a rich selection of further poems Rilke dedicated to night at various stages of his life. The Poems to Night and the background to them are illuminated by the translator's valuable introduction.
Visa hela texten

[A] gorgeous collection of odes to the night and darkness * ExBerliner *

Rainer Maria Rilke (1875-1926) is considered one of the greatest German-language writers to have ever lived. He published his first collection of verse, Leben und Lieder (Life and Songs), in 1894, while he was still at school, and continued to write poetry and prose throughout his life, becoming a master of both. He is perhaps best known for his Duino Elegies, Sonnets to Orpheus, and The Notebooks of Malte Laurids Brigge. Rilke died in Switzerland in 1926, after being diagnosed with leukaemia, and was buried in the churchyard of Raron. His chosen epitaph was 'Rose, oh pure contradiction, to be no-one's sleep under so many lids.'