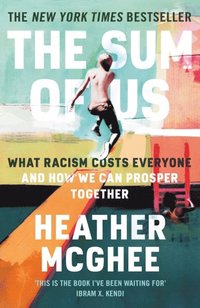 What Racism Costs Everyone and How We Can Prosper Together

av Heather McGhee
E-bok (EPUB - DRM), Engelska, 2021-03-26
159
Ladda ned
Spara som favorit
Laddas ned direkt
Läs i vår app för iPhone, iPad och Android
Finns även som
Visa alla 3 format & utgåvor
LONGLISTED FOR THE NATIONAL BOOK AWARD'With intelligence and care (as well as with a trove of sometimes heartbreaking and sometimes heart-opening true stories) Heather McGhee shows us what racism has cost all of us' - Elizabeth GilbertPicked for the Financial Times Summer Books by Gillian Tett What would make a society drain its public swimming baths and fill them with concrete rather than opening them to everyone? Economics researcher Heather McGhee sets out across America to learn why white voters so often act against their own interests. Why do they block changes that would help them, and even destroy their own advantages, whenever people of colour also stand to benefit?Their tragedy is that they believe they can't win unless somebody else loses. But this is a lie. McGhee marshals overwhelming economic evidence, and a profound well of empathy, to reveal the surprising truth: even racists lose out under white supremacy.And US racism is everybody's problem. As McGhee shows, it was bigoted lending policies that laid the ground for the 2008 financial crisis. There can be little prospect of tackling global climate change until America's zero-sum delusions are defeated. The Sum of Us offers a priceless insight into the workings of prejudice, and a timely invitation to solidarity among all humans, 'to piece together a new story of who we could be to one another'.
Visa hela texten