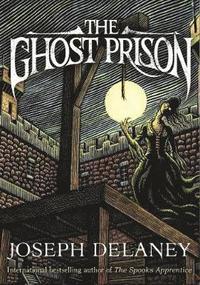 av Joseph Delaney
Häftad Engelska, 2015-10-01
99
Köp
Spara som favorit
Finns även som
Visa alla 2 format & utgåvor
'This is the entrance to the Witch Well and behind that door you'd face your worst nightmare. Don't ever go through there.' Night falls, the portcullis rises in the moonlight, and young Billy starts his first night as a prison guard. But this is no ordinary prison. There are haunted cells that can't be used, whispers and cries in the night . . . and the dreaded Witch Well. Billy is warned to stay away from the prisoner down in the Witch Well. But who could it be? What prisoner could be so frightening? Billy is about to find out . . . An unforgettable ghost story from the creator of the Wardstone Chronicles (Spook's Apprentice) series.
Visa hela texten

"Steeped in superstition . . . Will satisfy the most hardened fan of horror." -- Amanda Craig * The Times * "Spine-tingling . . . will scare even the bravest readers!" * Julia Eccleshare, Lovereading * "Well written and scary" * Books for Keeps * "A perfect Halloween read for young readers" * The Chronicle (Dudley) * "Spine tingling story with many jumpy moments - not for the faint hearted!" * Primary Times *

Joseph Delaney used to be an English teacher, before becoming the best-selling author of the Spook's series, which has been published in 24 countries and has sold over a million copies. The first book, The Spook's Apprentice, is now a major motion picture starring Jeff Bridges and Julianne Moore.