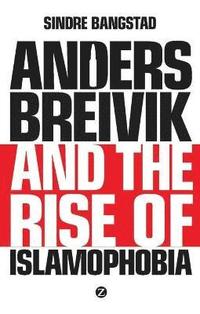 Anders Breivik and the Rise of Islamophobia

Human Terror and the Weight of Words

av Sindre Bangstad
Inbunden Engelska, 2014-06-12
759
Köp
Spara som favorit
Skickas inom 7-10 vardagar.
Fri frakt inom Sverige för privatpersoner.
In late July 2011, Norway was struck by the worst terror attacks in its history. In a fertilizer-bomb attack on Government Headquarters in Oslo and a one-hour-long shooting spree at the Labour Party Youth Camp at Utoya, seventy-seven people, mostly teenagers, were killed by Anders Behring Breivik. By targeting young future social democratic leaders, his actions were meant to lead to the downfall of Europe's purportedly multiculturalist elites, thus removing an obstacle to his plans for an ethnic cleansing of Muslims from Europe. In this highly original work, leading Norwegian social anthropologist Sindre Bangstad reveals how Breivik's beliefs were not simply the result of a deranged mind, but rather they are the result of the political mainstreaming of pernicious racist and Islamophobic discourses. These ideas, currently gaining common currency, threaten equal rights to dignity, citizenship and democratic participation for minorities throughout contemporary Europe. An authoritative account of the Norwegian terror attacks and the neo-racist discourse that motivated them.
Visa hela texten

'Anders Breivik and the Rise of Islamophobia' is an important book. Its theoretical and analytical approaches elegantly combine with a rich data presentation to elucidate a horrible trend in Europe.' American Anthropologist 'Disappointingly few lessons have been learnt from the atrocities of the right-wing terrorist attack of 22 July 2011 in Norway, but Sindre Bangstad is intent on teaching us some. He does so with erudition, verve and gusto in this authoritative book, which shows that far from being merely the act of a deluded individual, the terrorist attack has to be understood in the context of radical Islamophobia. It says something not about individual psychology but about ideology and politics in today's Europe. An important book.' Professor Thomas Hylland Eriksen, Department of Social Anthropology, University of Oslo 'Sindre Bangstad provides us with an important analysis to allow us to understand the tragic events of Norway's 22/7. This book is essential reading for all those who want to understand racism and the rise of the anti-Islam far right in contemporary Europe.' Professor Maleiha Malik, King's College London 'Bangstad takes on the question that baffled the world after the massacre of young Norwegians by Anders Behring Breivik on 22 July 2011: how could such a peaceful country produce such a monstrous act of terrorism? Bangstad's response is a passionate, balanced and incisive analysis of how far-right politicians and writers have shaped a climate of fear and loathing for the Muslim Other.' Professor John R. Bowen, Washington University of St. Louis

Bloggat om Anders Breivik and the Rise of Islamophobia

Sindre Bangstad is a Norwegian social anthropologist. He worked as an associate professor at Oslo University College in Oslo, Norway from 2008 to 2010, and from 2010 to 2013 was a postdoctoral fellow at the Department of Social Anthropology, University of Oslo, Norway. He is the author of the award-winning book The Faces of Secularism.

Preface 1. Human Terror 2. Muslims in Norway 3. The Fear of Small Numbers: On Reading a Terrorist Tract 4. Convergences 5. Dusklands: The Eurabia Genre 6. The Weight of Words