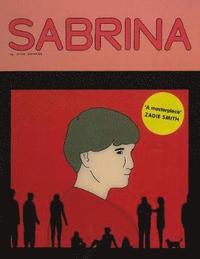 av Nick Drnaso
(2 röster)  |  Läs 1 recension
Inbunden Engelska, 2018-06-01
189
Köp
Spara som favorit
Skickas inom 5-8 vardagar.
Fri frakt inom Sverige för privatpersoner.
Finns även som
Visa alla 2 format & utgåvor
'The best book - in any medium - I have read about our current moment ... A MASTERPIECE' Zadie Smith 'A masterpiece for our times' Observer WHERE IS SABRINA? The answer is hidden on a videotape, a tape which is en route to several news outlets, and about to go viral. A landmark graphic novel, already hailed as one of the most exciting and moving stories of recent years, Sabrina is a tale of modern mystery, anxiety, fringe paranoia and mainstream misinformation -- a book that tells the story of those left behind in the wake of tragedy, has important things to say about how we live now, and possesses the rare power to leave readers pulverised.
Visa hela texten

Winner of the Prix Revelation at Angouleme 2018, Nick Drnaso was born in 1989 in Palos Hills, Illinois. His debut graphic novel, Beverly, received the LA Times Book prize for Best Graphic Novel. He has contributed to several comics anthologies and has been nominated for three Ignatz Awards. Drnaso lives in Chicago, where he works as a cartoonist and illustrator.