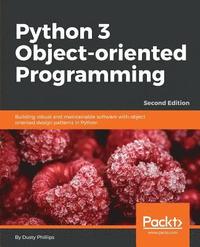 Unleash the Power of Python 3 Objects

Dusty Phillips is a Canadian software developer and author currently living in Seattle, Washington. He has been active in the open source community for a decade and a half and programming in Python for nearly all of it. He cofounded the popular Puget Sound Programming Python meetup group; drop by and say hi if you're in the area. Python 3 Object Oriented Programming, Packt Publishing, was the first of his books. He has also written Creating Apps In Kivy, O'Reilly, the mobile Python library, and self-published Hacking Happy, a journey to mental wellness for the technically inclined. He was hospitalized for suicidal tendencies shortly after the first edition of this book was published and has been an outspoken proponent for positive mental health ever since.