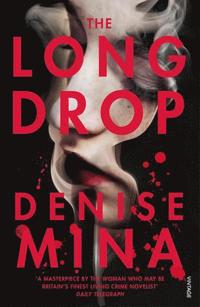 av Denise Mina
(1 röst)
Häftad Engelska, 2018-02-22
98
Köp
Spara som favorit
Skickas inom 5-8 vardagar.
Gratis frakt inom Sverige över 159 kr för privatpersoner.
Finns även som
Visa alla 2 format & utgåvor
'A masterpiece by the woman who may be Britain's finest living crime novelist' Daily Telegraph 'Absorbing... this is a bravura performance, a true original' Ian Rankin Glasgow, 1957. It is a December night and William Watt is desperate. His family has been murdered and he needs to find out who killed them. He arrives at a bar to meet Peter Manuel, who claims he can get hold of the gun that was used. But Watt soon realises that this infamous criminal will not give up information easily. Inspired by true events, The Long Drop follows Watt and Manuel along back streets and into smoky pubs, and on to the courtroom where the murder trial takes place. Can Manuel really be trusted to tell the truth? And how far will Watt go to get what he wants? **A TIMES TOP 10 CRIME NOVEL OF THE DECADE** __________________ Praise for THE LONG DROP: 'Extraordinary' Guardian 'This book is so, so good. Forensic, beautiful and gripping' Graham Norton 'Revisits a dark episode in Glasgow's past... Mina navigates the uneasy territory between fact and fiction with consummate grace' Val McDermid *Don't miss Denise Mina's most recent thriller, the Costa 2020 shortlisted, THE LESS DEAD*
Visa hela texten

Angry, vital and unputdownable, The Long Drop's themes of self-deception resonate long after the final page. This is crime fiction at its very best -- Joseph Knox, author of Sirens Not a single word is wasted in this beautifully written novel. Unsettling, evocative and staggeringly good, it is possibly Mina's finest achievement * Daily Express * A wonderfully atmospheric, unsettling read. -- Louise Rhind-Tutt * i * Deeply unsettling and thought provoking in all the best ways -- Doug Johnstone * Big Issue * The Long Drop is an exceptional book. The pages reek of fifties Glasgow, forming an oppressive backdrop to a true crime story that fascinates and appals from start to finish. Mina's prose cuts to the bone, laying bare the prideful wickedness of men in a tale that is as often touching as it is frightening. A feast of a crime novel. * Stuart Neville *

After a peripatetic childhood in Glasgow, Paris, London, Invergordon, Bergen and Perth, Denise Mina left school at 16 before doing her law degree at Glasgow University. She subsequently studied for a PhD at Strathclyde. Her first novel, Garnethill, was published in 1998 and won the CWA John Creasey Dagger for Best First Crime Novel. She has published 12 novels including the Garnethill series, Paddy Meehan and Alex Morrow series. She has been nominated for many prizes including the CWA Gold Dagger and has won the Theakstons Old Peculier Crime Novel of the Year Award twice. In addition to novels, Denise has also written plays and graphic novels including the graphic novel adaptation of The Girl With the Dragon Tattoo. In 2014, she was inducted into the Crime Writers' Association Hall of Fame and was a judge for the Bailey's Prize. She has also presented TV and radio programmes as well as appearing regularly in the media. She lives and works in Glasgow.