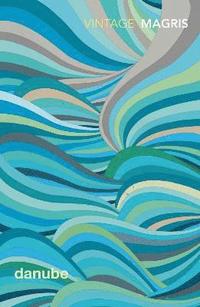 av Claudio Magris
Häftad Engelska, 2016-11-03
159
Köp
Spara som favorit
Finns även som
Visa alla 1 format & utgåvor
WITH AN INTRODUCTION BY RICHARD FLANAGAN In this fascinating journey Claudio Magris, whose knowledge is encyclopaedic and whose curiosity limitless, guides his reader from the source of the Danube in the Bavarian hills through Austro-Hungary and the Balkans to the Black Sea. Along the way he raises the ghosts that inhabit the houses and monuments - from Ovid to Kafka and Canetti - and in so doing sets his finger on the pulse of Central Europe, the vital crucible of a culture that draws on influences of East and West, of Christendom and Islam.
Visa hela texten

Impeccable... Magris, a guide of enormous modesty, has not only read everything: he has been everywhere, met everybody -- Nicholas Shakespeare * Arts and Books Review * There is so much to praise about this extraordinary book... Irresistably enjoyable -- Mark Thompson * Literary Review * Not simply a masterpiece of travel; it is an odyssey... A splendid book, beautifully translated * Independent * A uniquely stimulating and individual portrait of the heart of Europe -- Colin Thubron * Sunday Telegraph * This book is full of wonder and delights...Magris writes beautifully; he seems to have read everything. His reading has not made just clever but wise. On almost every page there are passages that make the heart life... Danube is a masterpiece -- John Banville

CLAUDIO MAGRIS, scholar and critic, was born in Trieste in 1939. After graduating from the University of Turin, he lectured there in German Language and Literature from 1970 to 1978. He holds a chair in Germanic Studies in the University of Trieste, and was for a period a member of the Italian parliament. He is the author of works of literary criticism and plays and has translated works by Isben, Kleist, and Schnitzler. He won international acclaim for his remarkable study of middle Europe, Danube.