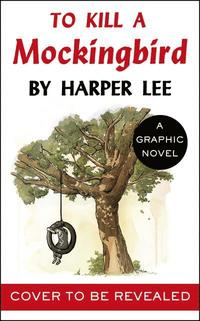 To Kill a Mockingbird

av Harper Lee, Fred Fordham
Inbunden Engelska, 2018-10-30
189
Köp
Spara som favorit
Skickas inom 7-10 vardagar.
Fri frakt inom Sverige för privatpersoner.
Finns även som
Visa alla 1 format & utgåvor
A beautifully crafted graphic novel adaptation of Harper Lee's beloved American classic, voted the #1 Great American Read 2018. 'Shoot all the bluejays you want, if you can hit 'em, but remember it's a sin to kill a mockingbird.' A haunting portrait of race and class, innocence and injustice, hypocrisy and heroism, tradition and transformation in the Deep South of the 1930s, Harper Lee's To Kill a Mockingbird remains as important today as it was upon its initial publication in 1960, during the turbulent years of the Civil Rights movement. Now, this most beloved and acclaimed novel is reborn for a new age as a gorgeous graphic novel. Scout, Jem, Boo Radley, Atticus Finch and the small town of Maycomb, Alabama, are all captured in vivid and moving illustrations by artist Fred Fordham. Enduring in vision, Harper Lee's timeless novel illuminates the complexities of human nature and the depths of the human heart with humour, unwavering honesty and a tender, nostalgic beauty. Lifetime admirers and new readers alike will be touched by this special visual edition.
Visa hela texten

Bloggat om To Kill a Mockingbird

Harper Lee (Author) Harper Lee was born in 1926 in Monroeville, Alabama. She attended Huntington College and studied law at the University of Alabama. She is the author of the acclaimed novels To Kill a Mockingbird and Go Set a Watchman, and was awarded the Pulitzer Prize, the Presidential Medal of Freedom and numerous other literary awards and honours. She died on 19 February 2016. Fred Fordham (Author) Fred Fordham was born in 1985 and grew up in north London. Before beginning work in comics and graphic novels he worked as a traditional portrait painter and muralist. His first published work in the medium appeared in France and he has since written and illustrated stories for various publications, most recently illustrating Philip Pullman's debut graphic-novel, The Adventures of John Blake: Mystery of the Ghost Ship.