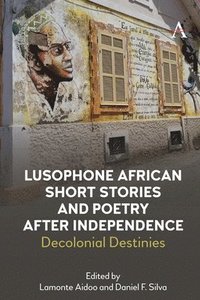 Inbunden Engelska, 2021-01-19
1051
Köp
Spara som favorit
Skickas inom 10-15 vardagar.
Gratis frakt inom Sverige över 159 kr för privatpersoner.
In 1975, after much resistance, Portugal became the last colonial power to relinquish their colonies on the African continent. The tardiness of Portuguese decolonization in Africa (Cabo Verde, Angola, Mozambique, Guinea Bissau, So Tom and Prncipe) raises critical questions for the emergence of national literary and cultural production in the wake of national independence. Bringing together the works of poets, short story writers, and journalists, this book charts the emergence and evolution of the national literatures of Portugal's former African colonies, from 1975 to the present. The aim of this book is to examine the ways in which writers contended with the process of decolonization, forging national, transnational, and diasporic identities through literature while grappling with the legacies and continuities of racial power structures, colonial systems of representation, and the struggles for political sovereignty and social justice. This book will be the first of its kind in English to include canonical, emerging, and previously untranslated authors of poetry and short-form fiction to a new public.

Lusophone African Short Stories will bring to light and to broader audiences the important artistic engagement of writers from five African nations that are largely neglected outside the field of Lusophone Studies - Angola, Cabo Verde, Guinea-Bissau, Mozambique, and So Tom e Prncipe. The literary production emanating from these locales offers perspectives and novel forms of engagement against the forces and legacies of Empire in the nearly five decades of postcolonial independence. The collection will make available to new readerships, scholars, and students, canonical and emerging literary thought and works that are borne out of the persistent struggle against imperialism and its racial, gender, sexual, and socioeconomic tenets. In this regard, the collection will feature an array of literary voices, genres, and aesthetics including novels, poetry, science fiction, Afro-Futurism, and postcolonial feminism. These recent artistic trends, we argue, are integral tools for individual and collective grappling with the political, societal, micro- and macro-economic, and cultural challenges of the postcolonial present. They have become modes of imagining communal subjectivity in new ways from the periphery of global capitalism and against forces of neocolonialism.
Visa hela texten