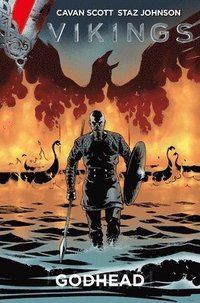 -Entertaining and intense- - Geeked Out Nation -Thrills of guts and gores...- - Ain't it Cool News -This is every bit as good and fun as the television series itself.- - Reading With a Flight Ring -A bold representation of this Viking world.- - Snappow

His credits include Adventure Time, Skylanders, Penguins of Madagascar, Star Wars and Judge Dredd; he is also author of Sherlock Holmes: The Patchwork Devil published by Titan Books. He currently writes the Ninth Doctor series for Titan Comics' Doctor Who line. He subsequently began work for 2000 AD as well as major US publishers, DC and Marvel. His credits include Robin, Catwoman, Batman/Aliens 2, Wolverine, New X-Men and Spider-Man 2.