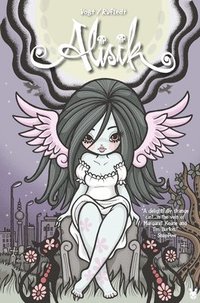 av Hubertus Rufledt
Häftad Engelska, 2018-04-24
209
Köp
Spara som favorit
One night, Alisik wakes up in a cemetery. Frightened, she tries to flee only to discover that nobody can see her, touch her, or help her. This is because Alisik is dead. Worse, she is trapped between worlds, between hell and paradise, awaiting the judgment of Mr. Mortis, which is slow to come.
Visa hela texten

Hubertus Rufledt was a sailor, machinist and cameraman. Born in the former German Democratic Republic, he began writing after the fall of the Berlin Wall, first as a journalist and then as a comic book writer. He met Helge Volt while they both worked for Disney Italy, and together created the graphic novel series, Alisik. Helge Vogt wanted to be a paleontologist as a child before discovering that drawing dinosaurs was more fun than digging them up. He created his first comic while studying graphic design, before getting a job with Disney Italy. It was there that he met Hubertus Rufledt, and together they created the graphic novel series, Alisik.