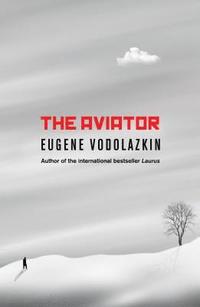 av Eugene Vodolazkin
Häftad Engelska, 2019-01-03
119
Köp
Spara som favorit
Skickas inom 5-8 vardagar.
Fri frakt inom Sverige över 159 kr för privatpersoner.
Finns även som
Visa alla 1 format & utgåvor
MY HEAD SPINS. I'M LYING IN A BED. WHERE AM I? WHO AM I? A man wakes up in hospital. He has no idea who he is or how he came to be there. The doctor tells him his name, but he doesn't remember it. He remembers nothing. As memories slowly resurface, he begins to build a picture of his former life. Russia in the early twentieth century, the turbulence of the revolution, the aftermath. But how can this be possible when the pills beside his bed are dated 1999? In the deft hands of Eugene Vodolazkin, author of the multi award-winning Laurus, The Aviator paints a vivid, panoramic picture of life in Russia at the beginning of the twentieth century, richly evoking the sights, sounds and political turmoil of those days. Reminiscent of the great works of Russian literature, and shortlisted for the Russian Booker Prize, it cements Vodolazkin's position as the rising star of Russia's literary scene.
Visa hela texten

'Vodolazkin's grip on this narrative is iron-tight... We should expect nothing less from an author whose previous novel, Laurus, was a barnstorming thriller about medieval virtue.' * Guardian * 'A fascinating, science fiction-tinged chronicle of a century in Russia.' * BBC Culture * 'An unabashed, panoramic view of the landscape of human consciousness... Draped in thoroughly Russian trappings, The Aviator speaks to common experience while soaring into realms that enfold the human drama below.' * Foreword Reviews (starred review) * 'Engaging... Those familiar with twentieth-century Russian history will delight in the swirl of memories that emerge over the course of the narrative.' * World Literature Today * 'Crisply focused, rich in sensory detail... The arc of the narrative is as simple and clever as a philosopher's parable. But this is also a deeply emotional book...a quietly radical novel, animated by the spirit of Dmitry Likhachev, an academic who knew what it was to suffer the blows of history first-hand.' * Words Without Borders * 'Love, faith, and a quest for atonement are the driving themes of an epic, prizewinning Russian novel that, while set in the medieval era, takes a contemporary look at the meaning of time.... With flavors of Umberto Eco and The Canterbury Tales, this affecting, idiosyncratic novel ... is an impressive achievement.' * Kirkus Reviews * 'Evocative and enigmatic...despite this book's gentle love story or its murder mystery or its sf flourishes, it is, in many ways, a quintessentially Russian novel, as vivid and probing as they come.' * Booklist (starred review) * 'Vodolazkin amazes again with his exceptional mastery of language.' * Style (Russia) * 'A brilliant, thought-provoking read.' * Historical Novel Society, Editor's Choice * 'Profound.' * Shelf Awareness * 'Vodolazkin's second novel to be translated into English is stylistically different from its brightly filigreed, 15th century-set predecessor, Laurus, but preserves that novel's sweep and passion for history...the writing, never portentous, blows like fine, dry snow across the pages. Great reading for all audiences.' * Library Journal * 'A playful mockery of historic and scientific hubris that is at the same time an earnest critique of both the Soviet terror and contemporary life.' * Plough Editor's Picks * 'I'll be reading The Aviator, the latest novel by the contemporary Russian Orthodox writer Eugene Vodolazkin, who has a real gift for writing about weighty spiritual matters with gorgeous lightness.' * Rob Dreher 225 Magazine * 'A chunk of Russian mastery on display here. An exceptional read.' * Weekend Sport * 'The Aviator is a novel which manages to be both fast-paced and philosophical.' * 1stReading's Blog * 'Engrossing, with some surprising turns... This device of a man out of time, waking up in a future world he doesn't recognize, has become almost cliche, but is deftly used here to illuminate the ways memory - both historical and personal - can either serve to chain us to the past or open us to eternity.' * Thermidor * 'Since this is Vodolazkin, the writing is of course beautiful, and the narrative structure is onion-like, revealing itself carefully and elegantly as the story progresses... There is also even a touch of Dostoyevsky in this powerful novel, whereby Vodolazkin telescopes a century's horrors and dramas through the lives of a single Leningrad communal apartment's residents, all the while broaching the greater philosophical questions of existence. Highly recommended.' * Russian Life * 'A powerful, moving story... It touched my heart in so many ways... Most highly recommended.' * Marjorie's World of Books * 'Such is Vodolazkin's modest, difficult, but trans-temporal hope in a time-bound age. Both novels would make splendid Christmas gifts to friends or family members who want to be radically challenged in their reading.' * The Christian Century * 'Captivating.' * meduza.io * 'Exceptional.' * Dmitry Bykov, Echo of Moscow *

Eugene Vodolazkin was born in Kiev and has worked in the department of Old Russian Literature at Pushkin House since 1990. He is an expert in medieval Russian history and folklore. His debut novel Solovyov and Larionov (Oneworld, 2018) was shortlisted for the Andrei Bely Prize and Russia's National Big Book Award. Laurus, his second novel but the first to be translated into English, won the National Big Book Award and the Yasnaya Polyana Award and was shortlisted for the National Bestseller Prize, the Russian Booker Prize and the New Literature Award, and has been translated into eighteen languages. He lives in St Petersburg. Lisa C. Hayden's translations from the Russian include Eugene Vodolazkin's Laurus, which won the Read Russia Award in 2016 and was also shortlisted for the Oxford-Weidenfeld Prize along with her translation of Vadim Levental's Masha Regina. Her blog, Lizok's Bookshelf, examines contemporary Russian fiction. She lives in Maine, USA.