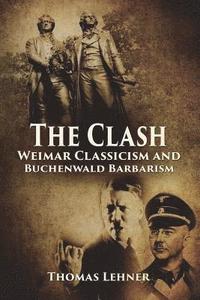 av Professor Thomas Lehner
Häftad Engelska, 2016-11-30
169
Köp
Spara som favorit
Skickas inom 10-15 vardagar.
Fri frakt inom Sverige för privatpersoner.
The horrors of World War Two, especially the nightmares of concentrations camps, have made an impact on people all over the globe, from the time of the war to the present. As with any episode of fighting and destruction, the simple questions come to mind: how and why? The Clash: Weimar Classicism and Buchenwald Barbarism, Professor Thomas Lehner examines the mystery of how a highly cultured German society could morph into a setting for the evils of the 'Final Solution', Hitler's attempt to eradicate Jews. Weimar is situated in Thuringia, the first State in Germany to elect a Nazi governing body. Despite Weimar being the cultural center of Germany, with the linked renowned University of Jena, it is branded with the adjacent notorious Buchenwald concentration camp. With a detailed presentation of facts, case and general histories, and theological reflections, Professor Lehner sets out the pieces of the puzzle that transformed good to evil. He argues that the charismatic Hitler and his cohorts acted as a trigger during the dire post-first world war situation. Jews were blamed for the 'stab in the back' of the surrender and for all the ensuing misery. The predisposing conditions were long-lasting prejudice preached by the Churches and writings by academics, whilst the legal and medical professions enabled millions of innocent deaths. He presents the picture of cultured Germans, some with University degrees, and others with remarkable artistic, literary, and musical talents transformed during the twelve years of the 'Thousand Year Reich' into the polar opposite, with Nazis cruelly torturing and mass murdering men, women, and children.
Visa hela texten