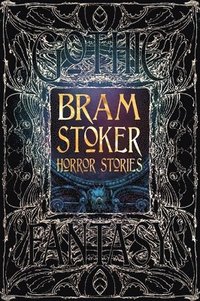 An Anthology of Classic Tales

Dr Catherine Wynne is Senior Lecturer in English at the University of Hull. She is author of Bram Stoker, Dracula and the Victorian Gothic Stage (Palgrave, 2013) and has edited two volumes of Bram Stoker's theatrical writings, Bram Stoker and the Stage: Reviews, Reminiscences, Essays and Fiction (Pickering and Chatto, 2012). She has also edited Stoker and the Gothic: Formations to Transformations (Palgrave, 2015), a collection of essays on Stoker. In 2012 she organized the Bram Stoker Centenary Conference (Hull and Whitby). She has contributed to documentaries on Stoker for radio and television and has spoken about Stoker at the British Library.