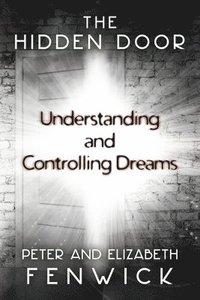 av Peter Fenwick, Elizabeth Fenwick
Häftad Engelska, 2020-03-02
189
Köp
Spara som favorit
For as long as human history has been recorded, people have been fascinated by their dreams. From the mystical visions in the Bible to Freud, Jung and beyond, we have looked for the meaning and significance of dreams and tried to find the connection between our waking and sleeping thoughts. But how much do we really know about them, and what can they teach us?

In this remarkable exploration of the mysterious world of dreams, Peter and Elizabeth Fenwick gather the latest research to show that by learning how to read the messages our dreams give, we can understand ourselves more fully. They examine the purpose of dreams, demonstrating how they can be experienced on different levels ? sometimes simply mirroring fragments of our lives and at other times revealing aspects of personality, giving us emotional insights and helping us to solve problems.

The Fenwicks also explore the fascinating territory of psi phenomena, such as telepathy and precognition, and its relationship to dreaming. Dreams may be the setting, too, for even more extraordinary occurrences, such as out-of-body experiences or the terror of night abductions by alien visitors. The authors show us how to gain access to the state of lucid dreaming, so that we can learn to direct our own dreams, going through the hidden door to enter a world of virtual reality where anything is possible. But dreams have a darker side, too; nightmares and terrors can make our sleep uneasy, and in their aftermath even murder has been committed.

From the principle behind ?dream machines? to bizarre occurrences of shared dreams, The Hidden Door is an intriguing and revealing exploration of the strange world of our subconscious. Including many never-before-published accounts of bizarre dream experiences from the authors' own research, it provides compelling answers to the questions we all ask ourselves about our sleeping mind.
Visa hela texten

Dr. Peter Brooke Cadogan Fenwick - President of the Scientific and Medical Network - is a graduate of Trinity College, Cambridge, where he studied Natural Science. He obtained his clinical medical experience at St Thomas' Hospital.

Peter was a senior lecturer at King's College, London, where he worked as a consultant at the Institute of Psychiatry. He was the Consultant Neuropsychiatrist at both the Maudsley and John Radcliffe hospitals, and also provided neurophysiology services for Broadmoor Special Hospital. He worked with the Mental Health Group at the University of Southampton, and held a visiting professorship at the Riken Neurosciences Institute in Japan.

Peter was the president of the Horizon Research Foundation, an organisation that supports research into end-of-life experiences. Before this he was the President of the British branch of the International Association for Near-Death Studies.

"The plain fact is that none of us understands these phenomena. As for the soul and life after death, they are still open questions, though I myself suspect that NDEs are part of the same continuum as mystical experiences.

Fenwick and his wife, Elizabeth are co-authors of The Art of Dying, a study of the spiritual needs of patients as they approach death. The Fenwicks argue that modern medical practices have devalued end-of-life experiences, and call for a more holistic approach to death and dying. In 2003, Fenwick and Sam Parnia appeared in the BBC documentary "The Day I Died". In the documentary Parnia and Fenwick discussed their belief that research from near-death experiences indicates the mind is independent of the brain. Elizabeth Fenwick has written numerous books on health and family issues. She has produced books on pregnancy and childcare including The Complete Book of Mother and Babycare.

She has worked as an agony aunt advising on sexual problems on radio and for Company magazine and has been involved in sex education in two London schools. She also worked for three years as a counsellor for Childline.

She is the co-author with Peter Fenwick of the Truth in the Light and The Ar...

1 the dream world and the real world

2 what happens when we sleep

3 the stuff that dreams are made of

4 the darker side of dreaming

5 the meaning of dreams

6 on the borders of sleep

7 the creative power of dreams

10 dreams which predict the future

15 the mystical world of dreams