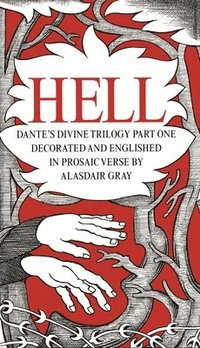 Alasdair Gray has cast a spell over Dante's Hell, creating (and decorating) a verse translation that is modern, lyrical, yet faithful to the original -- GAVIN FRANCIS * * New Statesman, Best Books of 2018 * * Both a lively rendition of Dante and a window onto Mr Gray's own remarkable career . . . Fans of Gray's writing will find in this translation many treasures. Admirers of Dante will find a sharp playful interpretation that is not showy in its oddities, but honours the imaginative power of the original * * Wall Street Journal * * Powerfully conveys the appalling nature of a vision which has terrified and enthralled Western men and women down the centuries * * Times Literary Supplement * * No other translator has made the narratives so clear or strong, and the distinctive power of the work lies in the clarity of the storytelling . . . This Hell is a magnificent feat of reimagining of one of the greatest of all human creations -- Joseph Farrell * * Herald * * Slick, easy to read . . . Gray is rather good at catching the colloquial nature of the poem . . . An excellent primer to Dante . . . In terms of verve, vim and vigour Gray has succeeded here. It is, if such a thing can be, an "easy" Dante, and one that does capture the comedy as well as the pathos and anguish of the poem -- Stuart Kelly * * Scotsman * * PRAISE FOR ALASDAIR GRAY: A necessary genius -- ALI SMITH The best Scottish novelist since Sir Walter Scott -- ANTHONY BURGESS Gray is a true original, a twentieth century William Blake * * Observer * * A great writer, perhaps the greatest writer living in Britain today -- WILL SELF One of the most gifted writers to have put pen to paper in the English language -- IRVINE WELSH

Born in 1934, Alasdair Gray graduated in design and mural painting from the Glasgow School of Art. Since 1981, when Lanark was published by Canongate, he authored, designed and illustrated seven novels, several books of short stories, a collection of his stage, radio and TV plays and a book of his visual art, A Life in Pictures. In November 2019, he received a Lifetime Achievement award from the Saltire Society. He died in December 2019, aged eighty-five.