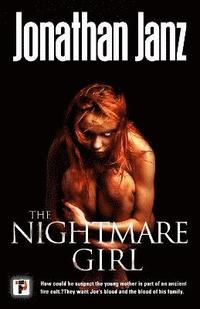 av Jonathan Janz
Häftad Engelska, 2019-02-14
119
Köp
Spara som favorit
Skickas inom 5-8 vardagar.
Fri frakt inom Sverige över 159 kr för privatpersoner.
Finns även som
Visa alla 3 format & utgåvor
"With tinges of Rosemary's Baby as well as a touches here and there of the Robin Hardy-directed film, The Wicker Man, this is a tense as well as intense tale of ancient religious fervor directed against someone accidentally coming between a cult and its end purpose." - New York Journal of Books When family man Joe Crawford confronts a young mother abusing her toddler, he has no idea of the chain reaction he's setting in motion. How could he suspect the young mother is part of an ancient fire cult, a sinister group of killers that will destroy anyone who threatens one of its members? When the little boy is placed in a foster home, the fanatics begin their mission of terror. Soon the cult leaders will summon their deadliest hunters-and a ferocious supernatural evil-to make Joe pay for what he's done. They want Joe's blood and the blood of his family. And they want their child back. FLAME TREE PRESS is the new fiction imprint of Flame Tree Publishing. Launched in 2018 the list brings together brilliant new authors and the more established; the award winners, and exciting, original voices.
Visa hela texten

"If you're looking for an intelligent, entertaining, and ultimately satisfying read, you won't find better than Jonathan Janz, and if you haven't read any of his books, THE NIGHTMARE GIRL is a damn good place to start. Smart money says you'll be hunting down the rest of his books shortly after finishing this one." - Ink Fest "I can't give enough praise for this one. It gets my unconditional recommendation." - Frank Michaels Errington "All of Jonathan Janz's novels are well-written chillers. Currently, this one tops the list." - New York Journal of Books "The Nightmare Girl is a well rounded horror which doesn't fail to entertain. Much like the other novels by Jonathan Janz I've read, I couldn't turn the pages fast enough." - Just a Guy Who Likes to Read "He is by far my favourite horror author, damn this man knows how to write! It is like he knows what fears you have and he completely plays to his strengths by writing them and twisting it all around on you." - ZooLoo's Book Diary " Thank you, Jonathan Janz, for not teasing us but keeping us there on land and rewarding our eager eyes with what we really want." - Cemetery Dance

Jonathan Janz grew up between a dark forest and a graveyard, which explains everything. Brian Keene named his debut novel The Sorrows "the best horror novel of 2012." The Library Journal deemed his follow-up, House of Skin, "reminiscent of Shirley Jackson's The Haunting of Hill House and Peter Straub's Ghost Story" Since then Jonathan's work has been lauded by writers like Jack Ketchum, Edward Lee, Tim Waggoner, Bryan Smith, and Ronald Kelly. Novels like The Nightmare Girl, Wolf Land, Savage Species, and Dust Devils prompted Thunderstorm Books to sign Jonathan to an eleven-book deal and to give him his own imprint, Jonathan Janz's Shadow Side. His novel Children of the Dark received a starred review in Booklist and was chosen by their board as one of the Top Ten Horror Books of the Year (August 2015-September 2016). Children of the Dark will soon be translated into German and has been championed by the Library Journal, the School Library Journal, and Cemetery Dance. In early 2017, his novel Exorcist Falls was released to critical acclaim. Jonathan's primary interests are his wonderful wife and his three amazing children, and though he realizes that every author's wife and children are wonderful and amazing, in this case the cliche happens to be true. You can learn more about Janz at www.jonathanjanz.com.