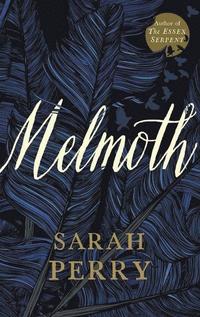 av Sarah Perry
Häftad Engelska, 2018-10-02
169
Köp
Spara som favorit
Skickas inom 5-8 vardagar.
Fri frakt inom Sverige för privatpersoner.
Finns även som
Visa alla 7 format & utgåvor
Twenty years ago Helen Franklin did something she cannot forgive herself for, and she has spent every day since barricading herself against its memory. But the sheltered life she has crafted for herself is about to change. A strange manuscript has come into her possession, and its contents have the power to unravel every strand of her fragile safety net. It is filled with testimonies from the darkest chapters of human history, which all record sightings of a tall, silent woman in black, with unblinking eyes and bleeding feet: Melmoth, the loneliest being in the world. Condemned to walk the Earth forever, she tries to beguile the guilty and lure them away for a lifetime wandering alongside her. Everyone that Melmoth seeks out must make a choice: to live with what they've done, or be led into the darkness. Despite her scepticism, Helen can't stop reading, or shake the feeling that someone or something is watching her. As her past finally catches up with her, she too must choose which path to take. Exquisitely written, and gripping until the very last page, this is a masterpiece of moral complexity, asking us profound questions about mercy, redemption, and how to make the best of our conflicted world.
Visa hela texten

A novel that manages that vanishingly rare feat - being at once hugely readable and profoundly important ... Melmoth is a good book, one that, for all its uncanny shudders, comes from a place of decency and good faith, a beacon against the darkest times. Perry's masterly piece of postmodern gothic is one of the great achievements of our century and deserves all the prizes and praise that will be heaped upon it -- Alex Preston * Observer * This is a beautiful, devastating, brilliant book. It affected me so much I was shaking after I read it. The exquisite, immersive writing compelled me to keep reading even through the horrors described. -- Marian Keyes Astonishingly dark, rich storytelling, exquisitely balanced between gothic shocks and emotional truth. -- Francis Spufford Richly atmospheric, daring and surprising, Melmoth seals Sarah Perry's place as chief architect of literature's gothic revival. -- Melissa Harrison Striking in form and brave in the questions it asks of us all, moving and terribly beautiful, Melmoth left me troubled and haunted for weeks. -- Sam Guglani Sarah Perry is a wonderful writer, the real thing. Her new novel Melmoth packs a punch of atmosphere, creepiness, fear and melancholy. I am going to move it off my bedside table because it is haunting my sleep. -- Susan Hill Mythic, ominous and sensitively human, Melmoth is haunting in all the best ways... including the disquieting ones. -- Frances Hardinge In rich, lyrical prose, Perry weaves history and myth, human frailty and compassion, into an affecting gothic morality tale for 2018. Like David Mitchell and Sarah Waters, Perry is changing what a modern-day ghost story can look like, challenging her readers to confront the realities of worldwide suffering from which fiction is so often an escape. A chilling novel about confronting our complicity in past atrocities-and retaining the strength and moral courage to strive for the future. * starred Kirkus review * This is a sobering, disturbing, yet powerful and moving book that cannot fail to impress. * starred Booklist review * The very notion of Melmoth strikes such an innate chord it's easy to believe this folklore could be true. And isn't that all it takes to create real horror? Perry's beautiful writing ensnares you with the tale of Helen, a translator living in modern-day Prague who uncovers the myth of Melmoth via letters and diary extracts from across the centuries. Sleep well... * Emerald Street * Helen Franklin, a translator living in Prague, finds herself searching for the truth behind the dark, legendary figure Melmoth-while also being pursued by her. This gothic mystery novel from the author of The Essex Serpent is a treat. * Publishers Weekly Most Anticipated Books of Fall 2018 * Praise for The Essex Serpent: 'One of the most memorable historical novels of the past decade' * Sunday Times * Praise for After Me Comes the Flood: 'Remarkable... will haunt the reader long after the final page.' * Guardian * An unforgettable achievement * starred Publishers Weekly review * A writer with a far-seeing, delicately-coloured focus in creating both settings and characters, and an eye for picking out the extraordinary factors in everyday life ... Melmoth certainly doesn't disappoint ... a gripping read ... extremely tense, satisfying, and hard to put down ... a delicious, melancholic and complex kind of darkness which pervades throughout ... Definitely one to read as the nights draw in. -- Clare Mulley * The Skinny * Hoffman's account of his treachery during the Second World War is a gripping piece of testimony. The scenes in a Manila hospital ... have a feverish, hallucinatory power -- Claire Allfree * Daily Telegraph * Perry has crafted an atmospheric, gothic tale with the requisite bumps and shocks, but one that also asks profound and powerful questions about morality, mercy and redemption -- Alice O'Keeffe Sublimely written, deliciously gothic and consistently intriguing throughout. -- Fanny Blake * Woma

Sarah Perry was born in Essex in 1979. She has been the writer in residence at Gladstone's Library and the UNESCO World City of Literature Writer in Residence in Prague. After Me Comes the Flood, her first novel, was longlisted for the Guardian First Book Award and the Folio Prize, and won the East Anglian Book of the Year Award in 2014. Her latest novel, The Essex Serpent, was a number one bestseller, Waterstones Book of the Year 2016 and both Fiction book of the Year and Overall Book of the Year 2017 at the British Book Awards. It was then nominated for a further eight literary prizes, including the Costa Novel Award 2017, and the Bailey's Women's Prize for Fiction 2017. Her work is being translated into fifteen languages, and her essays and fiction have been broadcast on BBC Radio 4 and RTE 1. She reviews fiction for the Guardian and the Financial Times. She lives in Norwich.