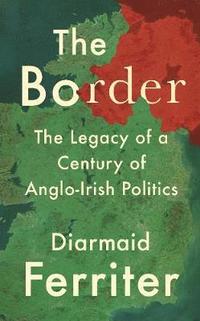 The Legacy of a Century of Anglo-Irish Politics

av Diarmaid Ferriter
Häftad Engelska, 2019-08-22
129
Köp
Spara som favorit
Shortlisted for the An Post Irish Book Awards Non-Fiction Book of the Year 2019 'Anyone who wishes to understand why Brexit is so intractable should read this book. I can think of several MPs who ought to.' The Times For the past two decades, you could cross the border between Northern Ireland and the Republic half a dozen times without noticing or, indeed, turning off the road you were travelling. It cuts through fields, winds back-and-forth across roads, and wends from Carlingford Lough to Lough Foyle. It is frictionless - a feat sealed by the Good Friday Agreement. Before that, watchtowers loomed over border communities, military checkpoints dotted the roads, and smugglers slipped between jurisdictions. This is a past that most are happy to have left behind but might it also be the future? The border has been a topic of dispute for over a century, first in Dublin, Belfast and Westminster and, post Brexit referendum, in Brussels. Yet, despite the passions of Nationalists and Unionists in the North, neither found deep wells of support in the countries they identified with politically. British political leaders were often ignorant of the conflict's complexities, rarely visited the border, and privately disliked their erstwhile unionist allies. Southern leaders' anti-partition statements masked relative indifference and unofficial cooperation with British security services. From the 1920 Government of Ireland Act that created the border, the Treaty and its aftermath, through the Civil Rights Movement, Thatcher, the Troubles and the Good Friday Agreement up to the Brexit negotiations, Ferriter reveals the political, economic, social and cultural consequences of the border in Ireland. With the fate of the border uncertain, The Border is a timely intervention by a renowned historian into one of the most contentious and misunderstood political issues of our time.
Visa hela texten

Clear-eyed ... It isn't often that writing on Brexit and Ireland is so uniformly unsparing and devoid of lazy moralism. This is a rare pleasure ... Anyone who wishes to understand why Brexit is so intractable should read this book. I can think of several MPs who ought to. -- Patrick Maguire * Times * A clear and concise history ... Ferriter's judicious book shows that Brexiters' recklessness, such "contemptuous arrogance", is nothing new, and that it has always been the ordinary people of Northern Ireland who have paid its price. They deserve better. -- Christopher Kissane * Guardian * A wide-ranging history of Irish partition ... skilfully condenses a vast amount of research into a coherent narrative packed with striking quotes and acerbic commentaries ... erudite and insightful -- Andrew Lynch * Irish Independent * A timely historical essay * Economist * The Border is an invaluable new addition to the growing canon of Border literature... a very readable book ... it has a chronological precision one expects from a historian, yet its pacy and concise narrative runs to just 144 pages and takes readers up to last week's headlines. One can't help wondering if it has the immediacy of a background executive summary for the next round of on-off Brexit negotiations. -- Darach MacDonald * Irish Times * Richly detailed ... Ferriter is scrupulous in striving for historical objectivity -- Andrew Anthony * Observer * Ferriter is particularly interesting on the origins and early history of the border... his timely book explains all this and more, deftly interweaving history and current affairs. -- Cormac O Grada * BBC History Magazine * The Border could hardly be more timely ... Ferriter is particularly lively on the delusion of hardline Brexiteers ... and equally strong on the implications of a return to a hard border ... the most that can be hoped for now is a taking up of the lessons of history, as Ferriter concludes. This book provides a small step, at least, in that direction. -- Catherine Healy * Sunday Business Post * A rat-a-tat of history, forensic in detail, sober and sobering, its timely publication a riposte to all the blather and bluster written and spoken in recent times about Brexit and backstops and borders. -- Donal O'Donaghue * RTE Guide * Ferriter ends with the hope that the oppressive weight of a century of Anglo-Irish history can be lifted ... Reading this book would be a good starting point for all concerned [with Brexit]. -- Colm Larkin, adviser to Northern Ireland's deputy first minister, 1998- 2001 * FT * Succinct and engaging ... Ferriter weaves a lively narrative, cutting briskly from angle to angle. -- Garrett Carr * New Statesman *

Diarmaid Ferriter is one of Ireland's best-known historians and is Professor of Modern Irish History at UCD. He is a regular broadcaster on television and radio and a weekly columnist with the Irish Times. In 2010 he presented a three-part history of twentieth century Ireland, The Limits of Liberty, on RTE television.