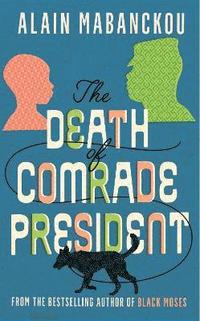 The Death of Comrade President

av Alain Mabanckou
Häftad Engelska, 2021-06-03
119
Bevaka
Spara som favorit
Ännu ej utkommen – klicka "Bevaka" för att få ett mejl så fort boken boken går att köpa.
Finns även som
Visa alla 3 format & utgåvor
In Pointe-Noire, in the small neighbourhood of Voungou, on the family plot where young Michel lives with Maman Pauline and Papa Roger, life goes on. But Michel's everyday cares - lost grocery money, the whims of his parents' moods, their neighbours' squabbling, his endless daydreaming - are soon swept away by the wind of history. In March 1977, just before the arrival of the short rainy season, Comrade President Marien Ngouabi is brutally murdered in Brazzaville, and not even naive Michel can remain untouched. Starting as a tender, wry portrait of an ordinary Congolese family, Alain Mabanckou quickly expands the scope of his story into a powerful examination of colonialism, decolonization and dead ends of the African continent. At a stroke Michel learns the realities of life - and how much must change for everything to stay the same.
Visa hela texten

Alain Mabanckou addresses the reader with exuberant inventiveness in novels that are brilliantly imaginative in their forms of storytelling... He acts the jester, but with serious intent and lacerating effect. -- Man Booker International Prize judges' citation We should all be reading Alain Mabanckou right now ... The Death of Comrade President is a glorious, funny, surreal novel. -- Alex Preston * Financial Times *

Alain Mabanckou was born in 1966 in Congo and currently lives in Los Angeles, where he teaches literature at UCLA. His six previous novels Black Moses, African Psycho, Memoirs of a Porcupine, Broken Glass, Black Bazaar and Tomorrow I'll Be Twenty are all published by Serpent's Tail. Among his many honours are the Academie Francaise's Grand Prix de literature and the 2016 French Voices Award for The Lights of Pointe-Noire. Mabanckou is a Chevalier of the Legion d'honneur, was a finalist for the 2015 Man Booker International Prize and has featured on Vanity Fair's list of France's fifty most influential people.