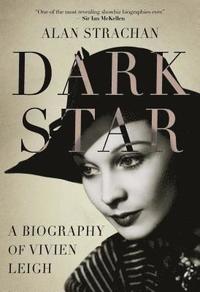 A Biography of Vivien Leigh

av Alan Strachan
Inbunden Engelska, 2018-10-25
349
Köp
Spara som favorit
Finns även som
Visa alla 3 format & utgåvor
Winner of the Society for Theatre Research Book Prize 2020 Vivien Leigh was perhaps the most iconic actress of the twentieth century. As Scarlett O'Hara and Blanche Du Bois she took on some of the most pivotal roles in cinema history. Yet she was also a talented theatre actress with West End and Broadway plaudits to her name. In this ground-breaking new biography, Alan Strachan provides a completely new full-life portrait of Leigh, covering both her professional and personal life. Using previously unseen sources from her archive, recently acquired by the V&A, he sheds new light on her fractious relationship with Laurence Olivier, based on their letters and diaries, as well as on the bipolar disorder which so affected her later life and work. Revealing new aspects of her early life as well as providing glimpses behind-the-scenes of the filming of Gone with the Wind and A Streetcar Named Desire, this book provides the essential and comprehensive life-story of one of the twentieth century's greatest actresses.
Visa hela texten

What makes this account of a familiar story outstanding is that Strachan wins the reader's trust ... As an experienced man of the theatre, he suggests, qualifies and adds interesting views of his own. * The Spectator * [Vivien Leigh's] life, lived to the full at every second, will never be better told than it is in these pages. * The Sunday Times * A gripping new biography. * The Daily Mail * Strachan's meticulously researched, elegantly written volume is an eye-opener. Strachan's attention to detail is striking ... a valuable, authoritative record that supports [Leigh's] status as a great stage and screen actress. * The Herald * An immensely readable biography ... [Strachan] argues convincingly that there was far more to Leigh than her mesmerizing beauty, which could blind critics to the power behind her performances. * ABC News * This is a well-written biography of a much-loved star. Strachan achieves that rare thing of exposing his subject whilst maintaining their integrity. Leigh, who was fiercely private, would have been proud of this book. * The Lady * Alan Strachan does a fine job in reasserting [Vivien Leigh's] status, not merely re-examining her stage work, but also becoming the first biographer to give due attention to the underrated films she made. * Country Life * Offers an effective defence not only of Leigh's artistry across different media but also of Leigh herself as (in the words of one associate) 'a most charming, able, intelligent woman afflicted by a manic depressive illness who with courage and marked strength of character has taken a heavy and continuous emotional strain in her stride'. * Journal of British Cinema and Television * A welcome appraisal of a remarkable artist. * Bay Area Reporter * 'Reading this book is like meeting Vivien Leigh in her glory and her despair. One of the most revealing showbiz biographies ever.' -- Sir Ian McKellen 'This is an enthralling book. It enthrals you by its meticulous research, its lucid language and its depiction of a Legend and a World that do not exist anymore. Alas.' -- Michael Codron 'A wonderful tribute to a great actress and a fascinating insight into her troubled life and the machinations of the West End theatre during the middle of the twentieth century. Unputdownable.' -- Dame Penelope Keith DBE, DL 'Impeccable research into this fascinating actress make Dark Star a page turner. The reader is as desperate to see past her ravishing beauty to the tender, tortured woman beneath as is the author.' -- Maureen Lipman 'Three cheers for this. Alan Strachan's long overdue perceptive insight into one of the most fascinating, complex, troubled and talented actors of her time.' -- Alan Ayckbourn

Alan Strachan is a theatre director. In London's West End he has directed over thirty productions, and has also worked in regional theatre as well as in Amsterdam, Copenhagen, Dublin and New York often with leading actors and on plays ranging from Shakespeare, Shaw and Tennessee Williams to Alan Ayckbourn and Tom Stoppard. He is the author of Secret Dreams: A Biography of Michael Redgrave and Putting It On: The West End Theatre of Michael Codron.