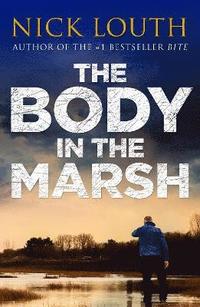 The Body in the Marsh

av Nick Louth
(1 röst)
Häftad Engelska, 2018-08-01
119
Köp
Spara som favorit
Skickas inom 5-8 vardagar.
Fri frakt inom Sverige för privatpersoner.
A woman goes missing - and for the detective, this time it's personal.Criminologist Martin Knight lives a gilded life. But then his wife Liz disappears. There is no good explanation and Martin goes on the run. To make things worse, Liz is the ex-girlfriend of DCI Craig Gillard who finds himself drawn into the investigation. Is this a missing-person case or something more sinister? How dark can the truth be? Utterly gripping and full of twists, this is a compulsive thriller from master Nick Louth for fans of Robert Bryndza, Patricia Gibney and Carole Wyer. Praise for Nick Louth'This splendid, chilling crime tale gripped me from the first page' Fresh Fiction 'A fast-paced and explosive thriller about a subject that really matters' Reader review 'This was up there with the best thrillers I have ever read' Reader review
Visa hela texten

Bloggat om The Body in the Marsh

Nick Louth is a best-selling thriller writer, award-winning financial journalist and an investment commentator. He self-published his first novel, Bite, in 2007, which was a No. 1 Kindle best-seller in 2014. It has sold a third of a million copies, and been translated into six languages. Freelance since 1998, he has been a regular contributor to the Financial Times, Investors Chronicle and Money Observer, and has published seven other books. Nick Louth is married and lives in Lincolnshire.