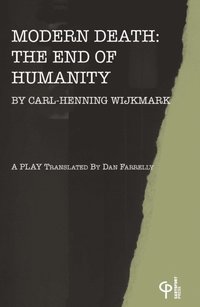 The End of Civilization

av Wijkmark Carl-Henning Wijkmark
E-bok (PDF - DRM), Engelska, 2020-02-11
139
Ladda ned
Spara som favorit
Laddas ned direkt
Läs i vår app för iPhone, iPad och Android
Finns även som
Visa alla 2 format & utgåvor
Modern Death is written in the form of a symposium, in which a government agency brings together a group of experts to discuss a strategy for dealing with an ageing population.The speakers take up the thread of the ongoing debates about care for the aged and about euthanasia. In dark satirical mode the author shows what grim developments are possible. The theme of a final solution is mentioned, though the connection with Hitler is explicitly denied. The most inhuman crimes against human dignity are discussed in the symposium as if they were a necessary condition of future progress.The fiercely ironical treatment of the material tears off the thin veil that disguises the specious arguments and insidious expressions of concern for the well-being of the younger generation. Though the text was written nearly thirty years ago, the play has a terrifyingly modern relevance.
Visa hela texten