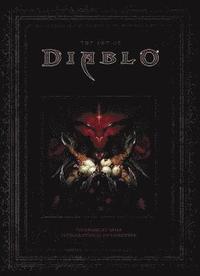 The Art of Diablo

Jake Gerli is the former Editorial Director of Insight Editions, where he worked on Diablo III: Book of Cain, The Art of Blizzard, and The Cinematic Art of World of Warcraft: Wrath of the Lich King. A freelance writer and editor, he's contributed to GameSpot, Animation Magazine, and Tripwire, among other publications. He lives in Northern California. Robert Brooks is a senior writer on Blizzard Entertainment's Creative Development team and has worked on content for all of the company's franchises. He recently co-authored the New York Times and USA Today best-selling illustrated history book series, World of Warcraft Chronicle.