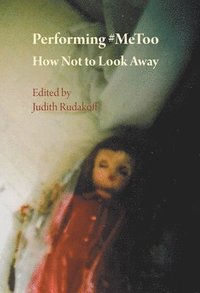 How Not to Look Away

av Judith Rudakoff
Inbunden Engelska, 2021-05-10
1069
Köp
Spara som favorit
Kan levereras innan julafton!
Finns även som
Visa alla 2 format & utgåvor
A tweet by American actor and activist Alyssa Milano, sent on October 15, 2017, opened the floodgates to an outpouring of testimony and witnessing across the Twitterverse that reverberated throughout social media. Facebook status lines quickly began to read "Me too," and #MeToo was trending. That tweet re-launched the 'me too' movement which was started in 2006 by Tarana Burke. Performing #MeToo: How Not to Look Away does not attempt to deliver a comprehensive examination of how #MeToo is performed. What it does aim at presenting is a set of perspectives on the events identified as representative of the movement, through a lens or lenses that are multinational, as well as work and analysis from a variety of time periods, written in a diversity of styles. By providing this means of engaging with examples of the many interpretations of and responses to the #MeToo movement, and by identifying these responses (and those of audiences) as provocations, of examples of how not to look away, the collected chapters are intended to invite reflection, discussion and, hopefully, incite action. It gives writers from diverse cultural and environmental contexts an opportunity to speak about this cultural moment in their own voices. There is a wide geographical range and variety of forms of performance addressed in this timely new book. The international group of contributors are based in the UK, USA, Australia, South Africa, Scotland, Canada, India, Italy and South Korea. The topics addressed by writers include socially engaged practice; celebrity feminism, archive, repertoire; rape/war; misogynistic speech; stage management and intimacy facilitation; key institutions' responses; spatial practices as well as temporal ones; academic call-outs; caste/class; political contexts; adaptation of classic texts; activist events; bouffon (a clown technique) and audience response Forms of performance practice include: applied theatre; performance protest; verbatim; solo performance; institutional practice; staging of plays; street responses; academic; adaptation of classic text; play reading events and the musical. Although there is much to read in the media and alternative media on the #MeToo movement, this is the first attempt to analyze the movement from and in such diverse contexts. Bringing together twelve writers to speak about works they have either performed, witnessed or studied gives the reader a nuanced way of looking at the movement and its impact. It is also an incredible archive of this moment in time that points to its importance. Suitable for use in several graduate and undergraduate courses including: performance studies, feminist studies, sociology, psychology, anthropology, environmental or liberal studies, social history. Essential reading for theatre workers, academics, students, and anyone with an interest in feminism, contemporary theatre or human rights. For artists considering projects that include the themes of #MeToo, and for producers and directors of such projects looking for good practices around how to create environments of safety in their organizations and for those who wish to organize communities of artists. For anyone interested in learning more about how to support the movement, or an interest in the specific social narratives told in each individual chapter. For women, feminists, and anyone with an interest in the issues.
Visa hela texten

Judith Rudakoff has worked as a developmental dramaturg with emerging and established playwrights and artists throughout Canada, and in Cuba, Denmark, South Africa, England, and the United States. Her books include Performing Exile: Foreign Bodies (2017); Dramaturging Personal Narratives: Who am I and Where is Here? (2015); TRANS(per)FORMING Nina Arsenault: An Unreasonable Body of Work (2012); Between the Lines: The Process of Dramaturgy (2002, co-editor Lynn M. Thomson); Questionable Activities: Canadian Theatre Artists in Conversation with Canadian Theatre Students (2000); Fair Play: Conversations with Canadian Women Playwrights (1989, co-editor Rita Much). Her articles have appeared in many journals, including The Drama Review (TDR), TheatreForum, Theatre Topics, and Canadian Theatre Review. She is the creator of The Four Elements and Elemental Lomograms, transcultural tools for initiating live performance, written work, and visual art. She was the first Canadian honoured with the Elliott Hayes Award for Outstanding Achievement in Dramaturgy for her work on South Asian choreographer Lata Pada's multidisciplinary work, Revealed by Fire (2001). In 1999, she was the first foreigner designated an Honourary Member of Cuba's acclaimed Teatro Escambray. Dr. Rudakoff is a member of Playwrights Guild of Canada, and Literary Managers and Dramaturgs of the Americas. She is Professor of Theatre at York University in Toronto, Canada.

Acknowledgements Introduction Judith Rudakoff "Vital Acts of Transfer": #MeToo and the Performance of Embodied Knowledge Shana MacDonald Bite the Bullet: The Practice of Protest as a Coping Mechanism Nondumiso Lwazi Msimanga Resisting Theatre: The Political in the Performative Effie Samara Supporting Brave Spaces for Theatre-Makers Post-#MeToo: A Chicago-Based Study on Rehearsing and Performing Intimacy in Theatre Susan Fenty Studham We Get It: Calling Out Sexism and Harassment in Australia's Live Performance Industry Sarah Thomasson Toward the Origin of Performing #MeToo: Franca Rame's The Rape as an Example of Personal and Political Theatre/Therapy Laura Peja and Fausto Colombo The Royal Court in the Wake of #MeToo Catriona Fallow and Sarah Jane Mullan Dissident Solidarities: Power, Pedagogy, Care Swati Arora Conversations with Noura: Iraqi American Women and a Response to A Doll's House Mary P. Caulfield #MeToo Theatre Women Share Their Stories Yvette Heyliger Les Zoubliettes: Raging through Laughter-a Feminist Disturbance Sonia Norris "I'm the person to speak about myself": Self-Declaration, Reversal of Power, and Solidarity in The Red Book Yuh J. Hwang Appendix: A Primer on the International #MeToo Movement Elise A. LaCroix Biographies of Contributors