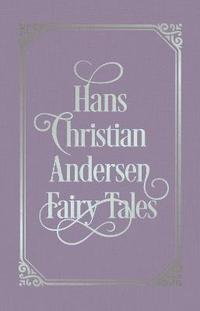 Hans Christian Andersen (1805-1875) was a prolific Danish writer who is best known for his fairy tales, which have been translated into more than 100 different languages. His birthday, 2 April, is celebrated as International Children's Book Day each year and one of Copenhagen's most celebrated monuments, the statue of the Little Mermaid in the harbour, commemorates one of his best-known tales.

Introduction The Tinder-Box The Little Mermaid The Flying Trunk The Red Shoes Little Tiny or Thumbelina The Girl Who Trod on a Loaf The Nightingale The Storks The Garden of Paradise The Snow Queen What the Moon Saw The Marsh King's Daughter The Travelling Companions The Elfin Hill The Wild Swans The Emperor's New Suit The Swineherd The Shepherdess and the Sweep The Ugly Duckling The Naughty Boy The Princess and the Pea The Brave Tin Soldier Little Claus and Big Claus The Wicket Prince The Phoenix Bird Little Ida's Flowers The Buckwheat Ole-Luk-Oie, the Dream-God The Top and Ball The Fir-Tree The Darning-Needle The Little Match-Seller The Shadow The Old House The Happy Family