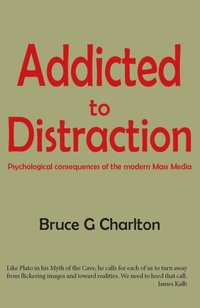 av Bruce Charlton
E-bok (EPUB - DRM), Engelska, 2014-07-02
79
Ladda ned
Spara som favorit
Laddas ned direkt
Läs i vår app för iPhone, iPad och Android
For most of us the Mass Media is the focus of our lives - it provides the material which is discussed and debated, it articulates our responses and it provides the framework by which a vast potential volume of material is filtered, prioritised and interpreted.Headlines and sound-bites constantly vie for our attention, and thanks to the pace of its growth and advances in technology, the Mass Media is largely defined its ability to grab our attention, and its level of addictiveness.The reality is that anything can be treated as overwhelmingly important, urgent, desperate, demanding of action now, but as easily forgotten. The medium has outgrown the message. The overall fact of this massive system has become more important than the details of its communications.Stimulated by the horrific revelations of the Jimmy Savile affair at the BBC, with its implications of wholesale Establishment corruption and a sustained media cover-up, this book diagnoses the fundamental problem of the modern world as addiction to the distractions of the Mass Media and points to the only logical destination of its expansion: the destruction of society itself.
Visa hela texten