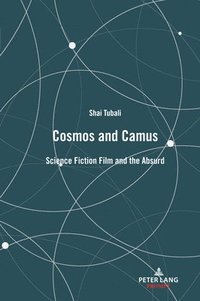 Science Fiction Film and the Absurd

av Shai Tubali
Inbunden Engelska, 2020-06-30
409
Köp
Spara som favorit
Finns även som
Visa alla 2 format & utgåvor
Over the last two decades, philosophers have been increasingly inclined to consider science fiction films as philosophical exercises that center on the nature of human consciousness and existence. Albert Camus' philosophy of the absurd, however, has almost never been employed as a constructive perspective that can reveal unexplored aspects of these films. This is surprising, since science fiction films seem to be packed with visions and dialogues that echo the Sisyphean universe.Cosmos and Camus endeavors to set foot in this uncharted terrain. Its first part introduces the main components of Camus' absurdity so that it can be easily applied to the analysis of the films later. Equipped with these Camusean essentials, the book delves into an indepth analysis of two first-encounter films (Contact and Arrival) and two A.I. films (A.I. and Her). These analyses yield more than an insightful reflection of the absurd contents in science fiction film. Indeed, imaginative collisions with nonhumans seem to tell us a lot about the nature of the absurd in the human condition, as well as raising the question of whether absurdity is exclusively a human matter. Ultimately, the interpretation of the films illuminates the films themselves just as much as it illuminates, challenges, and expands Camus' concept of absurdity.
Visa hela texten