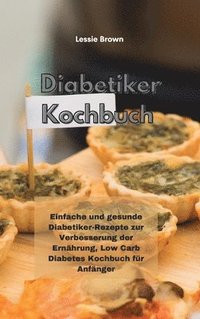 Are you looking for an effective diets for diabetes? If yes, then keep reading, this cookbook is for you

Diabetes can be an annoying condition with lots of limitations and risks, however, it doesn't have to be a life sentence. Awareness is the first step to making conscious change. The next step is to be determined to make a conscious change.

Develop a plan and jump into action. There are several things that you can do in order to control diabetes, the most important and perhaps the most powerful one of them is modifying your dietary habits

Alas, in the case of diabetes, nature's foresight turns against us.

The fact is that all complications of diabetes are associated with just such a differentiated approach. When the cells of muscles and bone tissue close the doors to sugar - he has no choice but to seek refuge in more "pliable" cells. And the entire energy explosion falls on the brain and nervous system. That is why people with diabetes most often complain of confusion, pains of neurological origin, and their eyesight goes down.

To correct this imbalance, people with type 1 diabetes are forced to regularly take insulin preparations, injecting it into the body almost before every meal. But we also remember that there is non-insulin-dependent diabetes, the so-called type II diabetes. Even the name of the named variety of the disease implies that insulin has nothing to do with it. What happens in the body in this case?

In fact, in people with type 2 diabetes, the pancreas produces insulin regularly. But for some reason, the cells simply stop responding to it! Either they don't like the sight of it, or the smell - scientists have not figured it out yet. For us, the fact remains: no matter how much you add insulin to the body, the cells will not react to it.

And then everything develops according to the scenario familiar to us - the internal organs scream about the lack of energy, the brain pumps up glucose, glucose provides an energy explosion, but not where it is needed, and further in a circle. The second type of diabetes therapy's main difference is that blood sugar is corrected here, not with artificial insulin, but with drugs that increase cell resistance. Simply put, substances