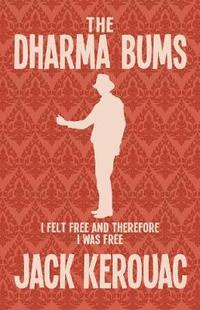 av Jack Kerouac
Inbunden Engelska, 2020-10-01
139
Köp
Spara som favorit
Skickas inom 10-15 vardagar.
Fri frakt inom Sverige över 159 kr för privatpersoner.
Finns även som
Visa alla 5 format & utgåvor
Who were all these strange ghosts rooted to the silly little adventure of earth with me? And who was I? - Ray Smith The Dharma Bums, follows years after the events of Kerouac's best-known work On the Road and like the earlier novel is populated by semi-fictionalised versions of the Beat Generation that Kerouac was a part of. The fictionalised Kerouac, Ray Smith, meets Zen poet and adventurer Japhy Ryder - based on Gary Snyder - and is invigorated by his adventuring and Zen Buddhist lifestyle. The book follows these two men on their quest for dharma or truth as they travel across America. The Dharma Bums explores Smith's search for transcendence in the expanses of America, as he climbs the Matterhorn and lives in isolation on Desolation Peak, juxtaposed against his city-life of parties and poetry readings. Written in Kerouac's signature 'spontaneous prose' which blends narrative with prose-poetry the book would prove a significant influence on the later Hippie counterculture and remains one of his most popular works.
Visa hela texten

Jack Kerouac (1922-1969) was one of the pioneers of the Beat Generation of writers. His works are best-known for his signature 'spontaneous prose' style which was written off the cuff and with little to no editing. His works were mostly semi-fictionalised accounts of the people and places with which he was surrounded and examined many of the themes associated with the Beat movement such as Buddhism, drugs, travel, and spirituality. Though success was not as forthcoming as he would have liked during his lifetime Kerouac is now recognised as the father of the Beat movement and his works remain popular.