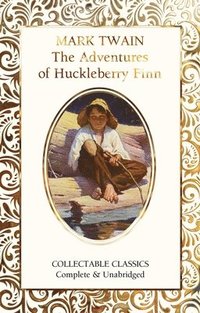 The Adventures of Huckleberry Finn

Mark Twain (1835-1910) was born Samuel Langhorne Clemens in Florida, Missouri. Twain's name is synonymous with his American classics The Adventures of Tom Sawyer (1876) and its sequel, Adventures of Huckleberry Finn (1885). Twain was born shortly after an appearance by Halley's Comet, and he predicted that he would 'go out with it', too. As chance would have it, he died the day after the comet returned in 1910. Twain was a very influential author whose works are timeless pieces that are still being taught today in classrooms to students of all ages. Judith John (Glossary) is a writer and editor specializing in literature and history. She has worked as an editor on major educational projects, including English A: Literature for the Pearson International Baccalaureate series. Judith's major research interests include Romantic and Gothic literature, and Renaissance drama.