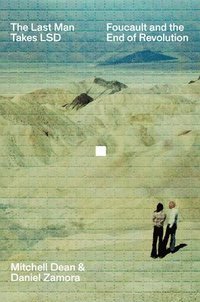 Foucault and the End of Revolution

av Daniel Zamora, Mitchell Dean
Inbunden Engelska, 2021-05-25
199
Köp
Spara som favorit
In May 1975, Michel Foucault took LSD in the desert in southern California. He described it as the most important event of his life which would lead him to completely rework his History of Sexuality. His focus now would not be on power relations but on the experiments of subjectivity, and the care of the self. Through this lens he would reinterpret the social movements of May 68 and position himself politically in France in relation to the emergent ant-totalitarian and anti-welfare state currents. He would also come to appreciate the possibilities of autonomy offered by a new force on the French political scene that was neither of the Left nor the Right: neoliberalism.
Visa hela texten

"The contribution of this important essay is to place Foucault's thought on neoliberalism in its political context of the time. This is the whole point of this essay, all the more fascinating since it offers an overview of the work on Foucault, in particular on its relation to neoliberalism." - Politis "In The Last Man Takes LSD, the sociologists Mitchell Dean and Daniel Zamora meticulously examine the turning point of the seventies to take a critical look at Foucault's political heritage, and to revive the debate on his relationship to the neoliberal school of thought." - Les Inrocks "A volume that offers us an overview of the political field that gave rise to Foucault's ideas. The two authors enrich the debate by proposing to consider the alleged Foucaultian sympathy for neoliberalism as a moment where power seemed to criticize himself, making possible, on the one hand, a policy finally free from the conquest of the State and institutions, and on the other, the idea of an autonomous constitution of oneself - or, what would today be inexorably described as an entrepreneur of the self." - Il Manifesto "Michel Foucault saw neoliberalism as an opportunity to think about the revitalization of the left in civil society. The authors Daniel Zamora and Mitchell Dean explain why he lost sight of its authoritarian dimension." - Woz

Mitchell Dean is Professor of politics and Head of Department of Management, Politics and Philosophy at the Copenhagen Business School (CBS) and formerly professor of sociology at Macquarie University (Sydney) and the University of Newcastle. He is author of the bestselling Governmentality, a title that has been cited in the first edition of Foucault's lectures and the Oxford English Dictionary. Daniel Zamora is a professor of sociology at the Universite Libre de Bruxelles (ULB). He works on the history of social policy, of inequality and modern intellectual history. He is the co-of Foucault and Neoliberalism with Michael C. Behrent (Polity, 2015). His writing has appeared in Le Monde Diplomatique, Jacobin, Los Angeles Review of Books and Dissent among others.