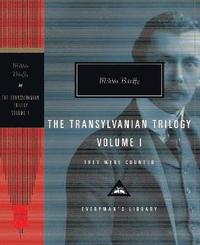 They were counted.The Transylvania Trilogy. Vol 1.

av Miklos Banffy
Inbunden Engelska, 2013-05-31
205
Köp
Spara som favorit
Shooting parties in great country houses, turbulent scenes in parliament and the luxury life in Budapest provide the backdrop for this gripping, prescient novel, forming a chilling indictment of upper-class frivolity and political folly, in which good manners cloak indifference and brutality. Abady becomes aware of the plight of a group of Romanian mountain peasants and champions their cause, while Gyeroffy dissipates his resources at the gaming tables, mirroring the decline of the Austro-Hungarian empire itself
Visa hela texten

Miklos Banffy (1873-1950) was a Hungarian nobleman with extensive estates in Hungarian Transylvania (now Romania), first patron of Bela Bartok and briefly Hungarian foreign minister after WW1. His castle and great library were deliberately destroyed by the retreating Nazis in 1944. INTRODUCER BIOGRAPHY: Hugh Thomas is the author of The Spanish Civil War, Cuba, or the Pursuit of Freedom and a trilogy about the Spanish Empire. He was Professor of History at Reading University and has also served in the Foreign Office and as Chairman of the Centre for Policy Studies. His books include novels, biographies and political as well as historical works.He became a Life Peer in 1981 as Baron Thomas of Swynnerton.