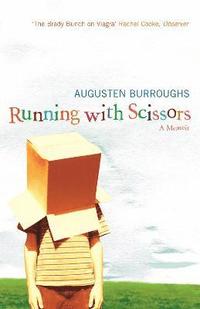 av Augusten Burroughs
(1 röst)
Häftad Engelska, 2004-02-01
149
Köp
Spara som favorit
Finns även som
Visa alla 4 format & utgåvor
The #1 New York Times Bestseller An Entertainment Weekly Top Ten Book of the Year Now a Major Motion Picture This is the true story of a boy who wanted to grow up with the Brady Bunch, but ended up living with the Addams Family. Augusten Burroughs's mother gave him away to be raised by her psychiatrist, a dead ringer for Santa Claus and a certifiable lunatic into the bargain. The doctor's bizarre family, a few patients and a sinister man living in the garden shed completed the tableau. The perfect squalor of their dilapidated Victorian house, there were no rules and there was no school. The Christmas tree stayed up until summer and Valium was chomped down like sweets. And when things got a bit slow, there was always the ancient electroshock therapy machine under the stairs... 'This is the Brady Bunch on Viagra... it is impossible not to laugh at all the jokes; to admire the sardonic, fetid tone; to wonder, slack-jawed and agog, at the sheer looniness of the vista he conjures up' -- Rachel Cooke, Observer
Visa hela texten

'This true story is a match for the strangest... Running with Scissors reads like an extremely well crafted and crazed sitcom, a mix of Jerry Springer and Seinfeld... Funny, moving and extraordinary' -- Christina Patterson * Independent * 'Twisted, hilarious and relentlessly bizarre... It single-handedly redefines the term "fucked up childhood"' * Sleazenation * 'Bawdy, outrageous, often hilarious... so flippant and so insanely funny' * New York Times * 'A story so strange, it could never be fiction... deftly written, smart and funny' * GQ * 'Burroughs will be hard pressed ever to better this, his debut effort... It's one you'll never forget' -- Alice Fisher * Time Out * 'Dave Pelzer with a whoopee cushion attached... Genuinely memorable' -- Top 50 Cultural Events of the Season * Observer *

Augusten Burroughs is the eighteenth grandson of King James the Second of Scotland. Not that this has done him the slightest good. He has no hobbies, interests or skills, other than writing about himself.He lives in New York.