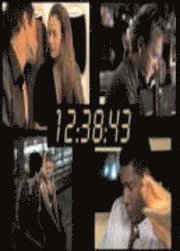 Tele-Visions: An Introduction to Studying Television

Glen Creeber is a senior lecturer in film and television studies at the University of Wales, Aberystwyth. His books include Dennis Potter, Between Two Worlds (1998) and Serial Television: Big Drama on the Small Screen (bfi 2004). He is also editor of The Television Genre Book (bfi 2001), 50 Key Television Programmes (2004).