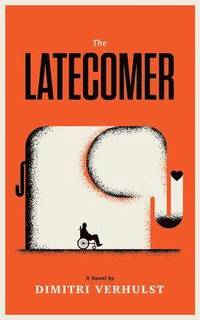 av Dimitri Verhulst
Häftad Engelska, 2016-03-03
159
Köp
Spara som favorit
Specialorder (osäker tillgång). Skickas inom 11-20 vardagar.
Fri frakt inom Sverige över 159 kr för privatpersoner.
Desire Cordier - mild-mannered former librarian, put-upon husband, lover of boules - is losing his mind. Or is he? Happily tucked away in the Winterlight Home for the Elderly, Desire is looking forward to a quiet retirement with the other forgetful residents, safe in the knowledge that no one knows he's faking his memory loss. And as if there weren't reasons enough to opt out of the modern world, it would be worth it just to see Rosa Rozendaal again - the love of Desire's youth, the one who got away. But dementia isn't all fun and games. There's a former war criminal hiding out in the home; once-beautiful Rosa might be too far gone to return Desire's ardour; and our hero soon begins to suspect he might not be the only one in Winterlight who's acting a part... A tender love story of demented minds and honourable hearts, and a razor-sharp satire of the indignities of old age and the callousness of caregiving, The Latecomer excoriates our society and asks: might we all be better off forgetting?
Visa hela texten

DIMITRI VERHULST (b. 1972) is the author of many award-winning books in his native Flemish, four of which have previously been translated into English. His work is published in two dozen languages worldwide. DAVID COLMER is a multi-award winning translator whose work includes translations of Hugo Claus, Adriaan van Dis, Anna Enquist and Arthur Japin. In 2012 he was awarded the Dutch Foundation for Literature prize for lifetime achievement in translation.