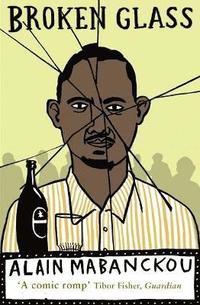 av Alain Mabanckou
Häftad Engelska, 2011-05-05
129
Bevaka
Spara som favorit
Tillfälligt slut – klicka "Bevaka" för att få ett mejl så fort boken går att köpa igen.
Finns även som
Visa alla 2 format & utgåvor
Finalist for the Man Booker International Prize 2015 The history of Credit Gone West, a squalid Congolese bar, is related by one of its most loyal customers, Broken Glass, who has been commissioned by its owner to set down an account of the characters who frequent it. Broken Glass himself is a disgraced alcoholic school teacher with a love of French language and literature which he has largely failed to communicate to his pupils but which he displays in the pages of his notebook. The notebook is also a farewell to the bar and to his fellow drinkers. After writing the final words, Broken Glass will go down to the River Tchinouka and throw himself into its murky waters, where his lamented mother also drowned. Broken Glass is a Congolese riff on European classics from the most notable Francophone African writer of his generation.
Visa hela texten

A dizzying combination of erudition, bawdy humour and linguistic effervescence -- Melissa McClements * Financial Times * Broken Glass is a comic romp that releases Mabanckou's sense of humour... Although its cultural and intertextual musings could fuel innumerable doctorates, the real meat of Broken Glass is its comic brio, and Mabanckou's jokes work the whole spectrum of humour -- Tibor Fischer * Guardian * Deserves the acclaim heaped upon it... self-mocking and ironic, a thought-provoking glimpse into a stricken country * Waterstone's Books Quarterly * Broken Glass proves to be an obsessive, slyly playful raconteur... the prose runs wild to weave endless sentences, their rhythm and pace attuned to the narrator's rhetorical extravagances... With his sourly comic recollections, Broken Glass makes a fine companion -- Peter Carty * Independent * This bar-room yarn-spinner tells his fellow tipplers' tales in a voice that swings between broad farce and aching tragedy. His farewell performance from a perch in "Credit Gone West" abounds in scorching wit and flights of eloquence... vitriolic comedy and pugnacious irreverence. -- Boyd Tonkin * Independent * A book of grubby erudition... full of tall tales that can entertain readers from Brazzaville to Bognor. -- James Smart * Guardian * Selected as one of the 100 best books of the 21st century * The Guardian *

Alain Mabanckou was born in 1966 in the Congo. He currently lives in California, where he teaches French literature at UCLA. One of Africa's major writers, he is the author of six volumes of poetry and six novels. He received the prestigious Prix Renaudot for Memoirs of a Porcupine. He was selected by the French journal Lire as one of the fifty writers to watch out for this coming century. He was awarded the Grand Prix de la Litterature in 2012 and in 2015 was listed as a finalist for the Man Booker International Prize.