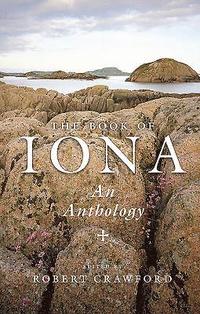 The Book of Iona

av Robert Crawford
Inbunden Engelska, 2016-08-01
192
Köp
Spara som favorit
Finns även som
Visa alla 2 format & utgåvor
This brand new anthology is comprised of creative prose, non-fiction and poetry that ranges from St. Columba to the present day, all linked by the isle of Iona. Featuring specially commissioned work by Meaghan Delahunt, Jennie Erdal, Sara Lodge, Victoria Mackenzie, Candia McWilliam, Ruth Thomas, and Alice Thompson this wonderful collection will have broad historical and contemporary appeal. The Book of Iona is a celebration of one of Scotland's most beautiful islands and follows on from the success of The Book of St. Andrews (Polygon, 2007).
Visa hela texten

'Enthusiasts of Iona will appreciate the rich woven through the pages, whilst those who have never visited will be captivated and spirited away to a special land' * Life and Work * 'The Book of Iona shows just what an anthology can achieve when approached with an open mind and imagination' * Gutter *

Robert Crawford is Professor of Modern Scottish Literature in the School of English at the University of St Andrews. His seven collections of poems include Full Volume (Cape, 2008), Testament (Cape, 2014) and Apollos of the North (Birlinn, 2006), which featured his English translations alongside poems in Latin by George Buchanan and Arthur Johnston. Together with Mick Imlah he is co-editor of The New Penguin Book of Scottish Verse (2000), while his prose books include biographies of Robert Burns and T. S. Eliot. He lives in St Andrews with his wife and two children.