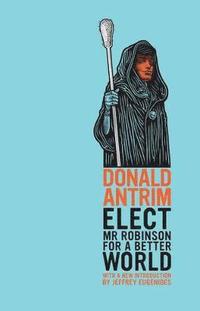 av Donald Antrim
Häftad Engelska, 2013-02-14
124
Köp
Spara som favorit
Finns även som
Visa alla 3 format & utgåvor
Having accidentally inspired the local suburbanites to draw and quarter the town's blood-thirsty Mayor, Pete Robinson - civic-minded schoolteacher and enthusiastic historian of the Medieval Inquisition - embarks on a tenuous election campaign. But his sleepy town has entered a period of crisis; the local park is littered with landmines, the neighbours are building deadly moats around their homes, and his beautiful wife, Meredith, has discovered dark and powerful talents within herself, which threaten to transfigure their once serene lives forever. In amongst this chaos, can Mr Robinson satisfy the terrible will of the people? By turns funny and phantasmagorical, fiercely intelligent and imaginative, Donald Antrim's first novel of suburban civics turned macabre is a new American classic.
Visa hela texten

DONALD ANTRIM is the author of the novels Elect Mr. Robinson for a Better World, The Hundred Brothers (both published by Granta) and The Verificationist as well as the memoir, The Afterlife. The New Yorker named him as one of its inaugural twenty best writers under the age of forty. Antrim has received grants and awards from the John D. and Catherine T. MacArthur Foundation, the John Simon Guggenheim Memorial Foundation and the National Endowment for the Arts. He is a frequent contributor to The New Yorker. Antrim teaches in the MFA program at Columbia University. He lives in Brooklyn.