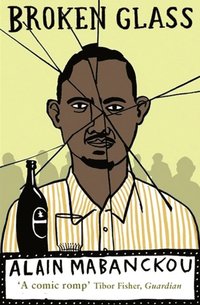 av Alain Mabanckou
E-bok (EPUB - DRM), Engelska, 2010-12-09
95
Ladda ned
Spara som favorit
Laddas ned direkt
Läs i vår app för iPhone, iPad och Android
Finns även som
Visa alla 2 format & utgåvor
Finalist for the Man Booker International Prize 2015The history of Credit Gone West, a squalid Congolese bar, is related by one of its most loyal customers, Broken Glass, who has been commissioned by its owner to set down an account of the characters who frequent it. Broken Glass himself is a disgraced alcoholic school teacher with a love of French language and literature which he has largely failed to communicate to his pupils but which he displays in the pages of his notebook. The notebook is also a farewell to the bar and to his fellow drinkers. After writing the final words, Broken Glass will go down to the River Tchinouka and throw himself into its murky waters, where his lamented mother also drowned.Broken Glass is a Congolese riff on European classics from the most notable Francophone African writer of his generation.
Visa hela texten

Alain Mabanckou was born in 1966 in the Congo. He currently lives in California, where he teaches French literature at UCLA. One of Africa's major writers, he is the author of six volumes of poetry and six novels. He received the prestigious Prix Renaudot for Memoirs of a Porcupine. He was selected by the French journal Lire as one of the fifty writers to watch out for this coming century. He was awarded the Grand Prix de la Litterature in 2012.