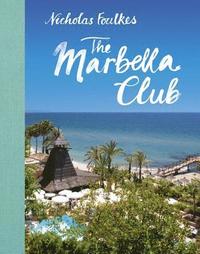 av Nicholas Foulkes
Inbunden Engelska, 2014-12-04
369
Köp
Spara som favorit
Since its establishment more than half a century ago by Prince Alfonso von Hohenlohe, Hotel Marbella Club has accumulated a wealth of history, full of extraordinary and unforgettable moments. The beach resort in Spain has been a meeting place for the international jet-set: aristocrats, stars of the entertainment world, business leaders and famous figures from all over the world. In 1947, Prince Alfonso von Hohenlohe's family acquired Finca Santa Margarita, an old farm situated on 18 hectares along the coast of Marbella. Soon after, in the spring of 1954, thanks to the effort and determination of the young Prince, the Marbella Club beach resort first opened its doors. There were ten rooms in one wing, eight in the other, another room in the tower with a suite next to it, and a sitting room, dining room and bar located in the main part of the old converted farmhouse. Fifty years later, and with an impressive history behind it, the Marbella Club Hotel has created an exciting biography detailing the extraordinary story of "this small paradise on earth".
Visa hela texten

Nicholas Foulkes is the author of over 20 books. His most recent include, Bernard Buffet: The Invention of the Modern Mega-artist and Patek Phillipe: The Authorized Biography. His books have been published by Little, Brown, Weidenfeld & Nicolson, Flammarion, Assouline, Random House and Thomas Dunne Books in the USA. He contributes to a wide range of newspapers and magazines around the world. For over 20 years he has written the Bolivar cigar column for Country Life. He is a contributing editor to the FT's How To Spend It magazine, a contributing editor to Vanity Fair; and luxury editor of British GQ. He launched and continues to edit Vanity Fair's twice yearly watch magazine On Time. In 2007 he was named Havana Man of the Year by the Cuban government, having been nominated for this award on four previous occasions. He is a graduate of Hertford College, Oxford and lives in London with his wife and two sons.