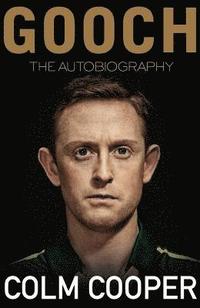 av Colm Cooper
Inbunden Engelska, 2017-10-05
229
Köp
Spara som favorit
Skickas inom 7-10 vardagar.
Fri frakt inom Sverige för privatpersoner.
Finns även som
Visa alla 2 format & utgåvor
'The greatest Gaelic footballer of all time.' Pat Spillane When Colm Cooper retired from inter-county football in 2017, he left behind a remarkable legacy. The holder of five All-Ireland medals and eight All-Stars, he was Kerry's stand-out forward for fifteen years. From a family steeped in Gaelic football, and a core member of the Dr Crokes team, Colm was still in his teens when he first played for Kerry at senior level. Overcoming struggles with injury and personal tragedy, Cooper became one of the GAA's most recognizable and best-loved figures at a time of tumultuous change in the game. But the man known nationally as 'Gooch' is also an intensely private figure who has never courted publicity and his personal story remains largely untold. Now Gooch - The Autobiography unlocks a previously unopened door, tracing a compelling path through the life beyond the headlines. This is the story of an ordinary man who became an extraordinary footballer.
Visa hela texten

'One of the game's greats . . . as razor sharp on the pages of his autobiography as he ever was in the opposition's half' * Irish Examiner * 'An absolute must-read . . . a fascinating insight into his personal journey . . . honest, unassuming and understated' * Irish Independent *

Colm 'Gooch' Cooper is the most outstanding Gaelic footballer of his generation and an iconic figure in Kerry football since his inter-county debut in 2002. He has played club football with Dr. Crokes, winning a prized All Ireland Club Championship with the Killarney side in 2017. Cooper won eight All Star Awards and five All Irelands with Kerry. He announced his retirement from the inter-county game in April 2017.