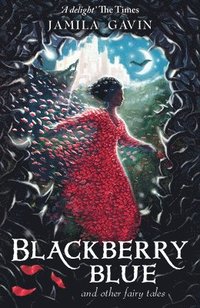 And Other Fairy Tales

These joyful stories are a delight. * The Times * Love, sacrifice and endurance are foregrounded in these timeless-feeling tales, delivered in language as sharp and sweet as the ripe fruit of the title. An instant classic, subtly enriched by Richard Collingridge's delicate, shadowy illustrations. * Metro * Jamila Gavin is one of our most consistently good writers of fiction for children young and old [...] the feel is timeless, but the stories are all original, touched with the magic of Gavin's vibrant and varied imagination. * Independent on Sunday * Gavin's six stories are spooky, engaging and refreshing in their originality. Complemented by Richard Collingridge's atmospheric illustrations, this lovely book deserves to become a classic. -- Marilyn Brocklehurst * Bookseller * Absolutely gorgeous . . . Perfect for sharing and for reading alone, I can't recommend Blackberry Blue and Other Fairy Tales highly enough. * The Bookbag *

Jamila Gavin (Author) Jamila's first book, The Magic Orange Tree, was published in 1979 and she has since been writing steadily, producing critically acclaimed novels and collections of short stories. She has been shortlisted for many of the major children's book awards, including the Smarties Award and the Guardian Award. Coram Boy won the Children's Whitbread Award and was shortlisted for the Carnegie Medal, before being adapted for the stage. The Wheel of Surya, part one of the Surya trilogy, was runner up for the Guardian Children's Fiction Award, and the other two titles were also shortlisted. Richard Collingridge (Illustrator) Richard Collingridge was born in London, studied Illustration at the University of the West of England, graduating in 2008, and after living in France for a few years, has recently moved back to the UK. At about the age of five Richard noticed that real people didn't look like a bunch of sticks with a circle on the top. But to his amazement, no one else in his classroom, including the teachers, seemed to be able to see this. So with this secret in mind, he decided that when he grew up, he wanted to draw pictures for a living. He has always enjoyed creating different worlds and universes for his non-stick people, and after illustrating book covers and other people's stories, he decided to put some words next to his own drawings. This seemed to work rather well and resulted in Richard's stunning debut picture book, When it Snows.