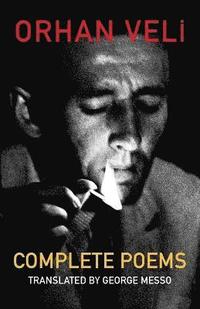 av Orhan Veli
Häftad Engelska, 2016-11-21
199
Köp
Spara som favorit
Orhan Veli Kanik (1914-1950), more commonly known as Orhan Veli, was a pioneering Turkish poet and one of the founding members of the Garip (Strange) movement. His innovative poetics wore a unique signature of austerity and accessibility. With arresting insight and playful irreverence Veli's poems transformed the Turkish literary world. When he died at the age of 36, he was acknowledged as one of the most important Turkish writers of his generation. Now, at last, this edition of The Complete Poems makes the full breadth of his achievement available in English for the first time. It brings together poems from the five collections published during the author's lifetime, as well as uncollected material from newspapers and magazines, and poems only published posthumously. The Complete Poems includes an informative introduction, endnotes, and chronology, placing the poems in their historical context and touching on many of the themes which shaped Orhan Veli's distinctive voice.
Visa hela texten

George Messo is a poet, editor and teacher, and one of the world's leading translators of Turkish poetry. His many books include From the Pine Observatory (2000), Aradaki Ses (The In-Between Voice, 2005), Entrances (2006), Avrupa'nin Kucuk Tanrilari (The Little Gods of Europe, 2007), and Violades and Appledown (2012). Shearsman published his ground-breaking anthology Ikinci Yeni: The Turkish Avant Garde in 2009, and his translation of two major volumes of the poetry of Ilhan Berk in 2016. His other published translations include the poetry of Gonca Ozmen and Birhan Keskin.