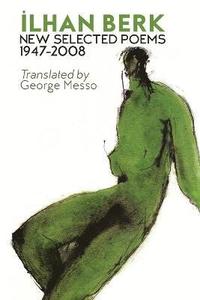 av Ilhan Berk
Häftad Engelska, 2016-02-26
199
Köp
Spara som favorit
Ilhan Berk was born in 1918 in the Aegean city of Manisa. He once said "If a poem is written and goes out into the world, something in the world has changed." Berk's poems have been changing the world of Turkish poetry for the best part of seven decades. His innovative poetics have marked him out as one of the vital modernizing forces in contemporary Turkish literature and earned him a reputation as a literary enfant terrible, even an "extremist." Yet others deride his linguistic experimentalism as the work of a "French renegade." Few poets in Turkey today would dispute the significance of his work. Even in the year of his death, at the tender age of 90, more productive than ever, Berk remained a force to be reckoned with. [...] Berk's writing was a process of steady, careful refinement and, though his language never stopped changing, the vision remained remarkably clear. "The important thing," Berk tells us, "is to live the life of poetry, the writing always comes later."
Visa hela texten

Ilhan Berk, one of Turkey's most influential and innovative poets, was born in the Aegean city of Manisa. He was the award-winning author of more than two dozen books of poetry, as well as volumes of critical and biographical prose. He was also an acclaimed visual artist. Berk lived for much of his life in the town of Bodrum where he died in 2008, aged 90.George Messo is a poet, editor and teacher, and one of the world's leading translators of Turkish poetry. His many books include From the Pine Observatory (2000), Aradaki Ses (The In-Between Voice, 2005), Entrances (2006), Avrupa'nin Kucuk Tanrilari (The Little Gods of Europe, 2007) and Violades & Appledown (2012). His ground-breaking anthology Ikinci Yeni: The Turkish Avant Garde was published by Shearsman in 2009, and his translation of Birhan Keskin's poems, & Silk & Love & Flame, was published by Arc in 2010. He is the former editor of Near East Review.